Fortnite will change forever with the new season

Epic Games will introduce Unreal Engine 5 as the Fortnite game engine with the new season.

HYPEX, a well-known battle royale leaker recently revealed very interesting information regarding the upcoming season, which will radically change the title as we know it. According to the insider, Epic Games will introduce Unreal Engine 5 as the game engine of Fortnite with the arrival of season 8 of chapter 2, thus replacing the Unreal Engine 4. 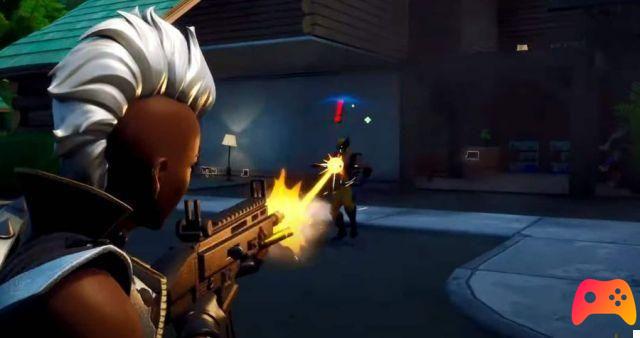 We do not yet know in detail the changes that the new graphics engine will introduce in the title of Epic, but we can certainly expect more realistic lighting, a higher level of detail and an overall increase in frame rates. The Unreal Engine 5, for those unfamiliar with it, is the new game engine made by Epic Games itself, revealed during May 2020 and which will support PlayStation 5 and Xbox Series X | S.

Fortnite will move to Unreal Engine 5 starting next season, not very big news for some people but I'm sure there are people out there who care.

Also creative map makers should start learning UE5 in their free time and prepare for when Modding comes out, you still have time..

We would like to specify that, despite the reliability of the source, this is not yet official news and we therefore invite you to take it with due caution. In any case, we won't have to wait much longer to find out if this change will really happen with the next Season, which is in fact scheduled between 12 and 13 September.

► Fortnite is an FPS-Battle Royale type game developed by Epic Games People Can Fly and published by Epic Games for PC, Mac, Android, iOS, PlayStation Network, PlayStation 4, Xbox One and Nintendo Switch, the video game was released on 25/07/2017 The version for Nintendo Switch came out on 12/06/2018
Fortnite is a nice game that we recommend: we decided to evaluate it with a 63%, if you are interested in learning more you can read the Fortnite Review


Do you want to be an expert and know all the tricks, guides and secrets for your video games? Epictrick.com is a group of video game enthusiasts that want to share the best tricks, secrets, guides and tips. We offer the best content to be a source of useful information, so here you can find guides, tricks, secrets and tips so you can enjoy your games to the fullest. Are you ready to get all the achievements of that game that you resist so much? Enter and enjoy your favorite video game to the fullest!
Fortnite unveils the new cross over with Marvel ❯