How to Cameo on Snapchat 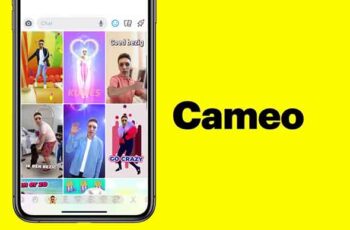 Snapchat is one of the best communication apps because it is very innovative and different from all other apps. Snapchat is constantly improving, with many new features being added all the time. One of the most anticipated is the new Cameo feature.


If you want to know how to make cameo on Snapchat, you've come to the right place. Read on to get great tips and tricks and learn how to make cameos together with your friends. That's right, cameos for two people are one thing too!

How to see Snapchat stories without them knowing

What is Snapchat Cameo?

Does Snapchat allow its users to star in movies? Well, not exactly. The cameo feature is there to broadcast a quick video reaction to your Snapchat friends. There are over a hundred sample videos that you can attach your face to.


Snapchat will remember your selfie and allow you to use it with multiple cameos, without the need to keep taking new selfies. Of course, if you want to change the selfie and create a new one, you are free to do it whenever you want.


Snapchat isn't the first app that has allowed people to do this sort of thing. Some Chinese apps like Zao have already done something similar. However, this is a really fun and silly feature, and it fits Snapchat very well.

How to make Snapchat Cameo?

If you can't contain your excitement anymore, don't worry. Follow the instructions to create a cameo on Snapchat yourself:


Now that you have created your cameo profile, you can continue sending various cameos from the chat window while talking to your friends on Snapchat. You can also create quick cameos from the Recent tab, as the app will remember your cameo pattern.

You can change this pattern whenever you want by visiting the Cameo menu again and choosing another Cameo tile. Next, tap on the More button and choose New Selfie. You can also preview your selfie here.


How to Make Snapchat Cameo for Two?

Everything about Snapchat is more interesting when you do it with friends. Cameos can also be a joint effort. When you first create a cameo, there is an option to enable cameos for two people. Tap it and enable cameo creation with friends.


This way you can have fun making a double cameo and have fun with your best friends. For now, only two people can participate in Snapchat cameos, but maybe that number will grow in the future.

Also, make sure you allow your friends to use your Cameo Selfie. Otherwise, cameos with friends won't work.

Have fun with your friends

Snapchat is a fun platform that keeps getting better. Snapchat Cameo is a great new addition that has got a lot of people interested in Snapchat again. The best way to test cameos is to make as many cameos as possible with your friends.

You will definitely share a laugh and some fun moments. Recently, Snapchat said they will be introducing new cameos in the future, so keep your eyes peeled for updates. Which Snapchat cameo is your favorite? Let us know in the comments section below.

Snapchat: how to save photos and videos? iOS and Android

How to create multiple WhatsApp, Facebook and Snapchat accounts on Android

Connecting Sarahah with Snapchat | that's how

add a comment of How to Cameo on Snapchat