New powers, features and breathtaking locations in the new and unreleased images of Outriders, the RPG shooter by People Can Fly and Square Enix External Studios.

The highly anticipated RPG shooter Outriders has recently received some brand new images that show new powers, features and places that we will be able to meet in the game. The title is developed by the studio People Can Fly, none other than the developers of Bulletstorm and Gears of War: Judgment, and Square Enix External Studios, known for Sleeping Dogs and Just Cause. 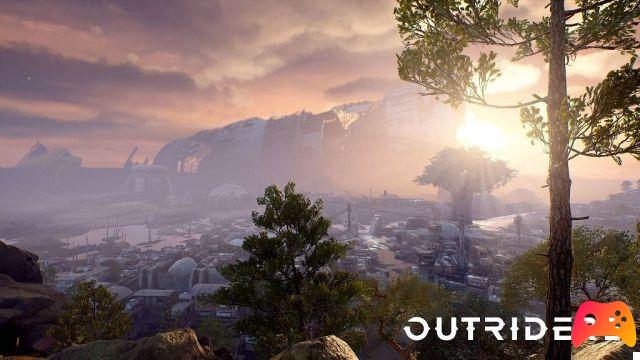 The Outriders images were released directly by Square Enix via a YouTube video and, with drop-in co-op gameplay, they introduce us to new Pyromancer powers never seen before, new evolved creatures, new level system information and brand new environments and landscapes including First City.

Outriders can be regarded as a real hybrid of genres, a title that amalgamates the intensity of a third-person shooter where you can use incredible powers with a deep story in typical RPG style. The game, set in a particularly dark sci-fi world, offers immense character development possibilities, which will allow you to create endless creative builds for each class. This aspect makes the gameplay even more evolved and extremely skill-based, all typical elements of the style of People Can Fly that give life to a brutal RPG shooter. 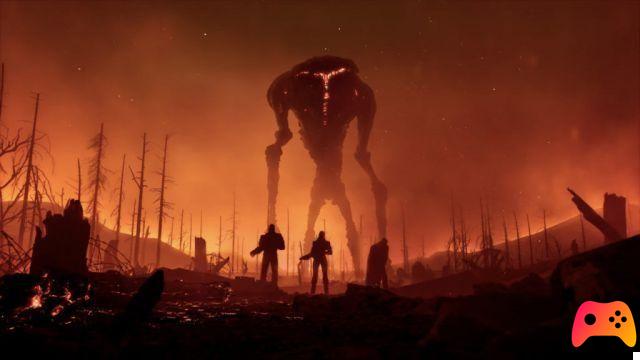 Here are the words of Bartek Kmita of People Can Fly, creative director of Outriders:

We're creating the game we've always wanted to play. Here at the PCF we are all gamers and we love shooters. Shooters are in our DNA and we've been developing them for years. At the same time, we also love RPGs. We've always wanted to play deep RPG, with an epic story and the flexibility to create lots of interesting characters, but also with an intense, exciting and skill-based real-time combat system. When the opportunity to create one came, it was like a dream had come true.

Also, to keep players informed, the developers have come up with l’Outriders Boradcast, from which the first images of the First City setting come from, that is a new monthly show that will delve into the various characteristics and facets of the dark and incredibly wild world of the game.

Recall that Outriders will be released at the end of 2020 on PlayStation 5, PlayStation 4, Xbox Series X, Xbox One and PC.

Do you want to be an expert and know all the tricks, guides and secrets for your video games? Epictrick.com is a group of video game enthusiasts that want to share the best tricks, secrets, guides and tips. We offer the best content to be a source of useful information, so here you can find guides, tricks, secrets and tips so you can enjoy your games to the fullest. Are you ready to get all the achievements of that game that you resist so much? Enter and enjoy your favorite video game to the fullest!
Overwatch League 2022 will be based on an Overwatch 2 build ❯

FIFA 22: here are the candidates for the POTM of the Bundesliga