Sky: Children of the Light: the seasonal event arrives

thatgamecompany today launched its first collaborative season of its Sky game: Children of the Light. Sky's special season full of adventures will feature the internationally beloved character, The little Prince (Le Petit Prince), from the French intergenerational novel for children by Antoine de Saint-Exupéry. The event arrives just in time to celebrate the 75th anniversary of The Little Prince and is available for download on Sky: Children of the Light via Google Play, the Apple App Store and Nintendo Switch. 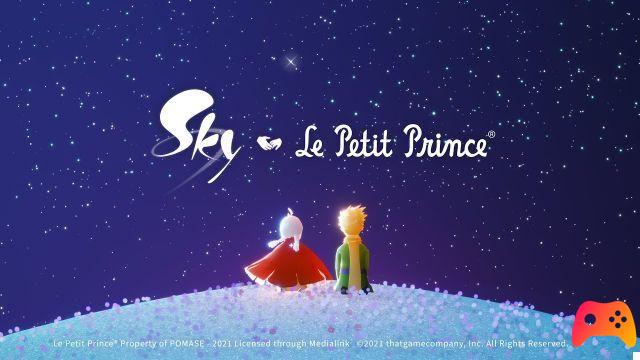 The “Season of the Little Prince” will be Sky's tenth season and will be playable in next 11 weeks. A brand new area "Starlight DesertBeautifully designed was added to stage the brand new storyline. During the season, the player will be tasked with exploring a different part of Sky's kingdom with the Little Prince to learn about his history and travels. Fans of the novel will also recognize some of the other iconic characters joining the themed story arc. There will be more surprises, expressions, items and cosmetics to unlock during this special season.

add a comment of Sky: Children of the Light: the seasonal event arrives