Sony announces the upcoming event and confirms an in-depth look at Deathloop.

After a period of silence, which coincided with his absence from E3 2021, Sony is surprisingly announcing a new State of Play to be held on July 8, 2021 at 23pm and anticipates the presence of an in-depth gameplay video dedicated to Deathloop. 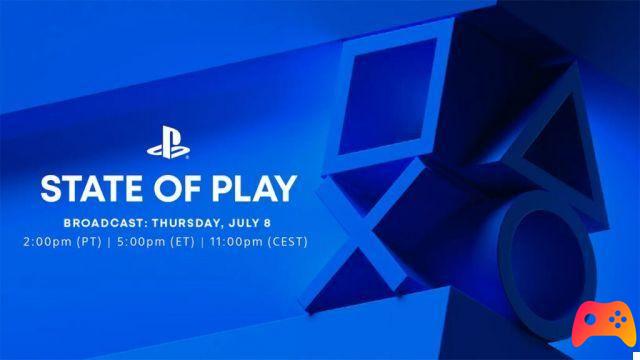 In addition to Deathloop, an exclusive PlayStation 5 console developed by Arkane Studios and published by Bethesda, the July State of Play will focus on updates dedicated to third-party and indie titles.

There is a lot of anticipation for the new State of Play dedicated to PlayStation 5 but Sony has already wanted to get their hands on confirming that during the showcase on July 8 we will not have updates on God of War, Horizon Forbidden West and the PlayStation VR viewer..

In short, let's not expect surprise announcements or big news, but let's take advantage of the new State of Play for updates on already known developments and confirmations on launch windows and work status.

Do you want to be an expert and know all the tricks, guides and secrets for your video games? Epictrick.com is a group of video game enthusiasts that want to share the best tricks, secrets, guides and tips. We offer the best content to be a source of useful information, so here you can find guides, tricks, secrets and tips so you can enjoy your games to the fullest. Are you ready to get all the achievements of that game that you resist so much? Enter and enjoy your favorite video game to the fullest!
Steam Deck is reality, here it is ❯

Resident Evil Village: also on PS4 and Xbox One?

Add a comment from State of Play: new appointment on July 8th