Death's Door, new trailer for the Xbox and PC action

A fascinating new trailer has been unveiled

Out next July 20 on Xbox One, Xbox series s, Xbox Series X e PC, Death's Door comes back with a promising gameplay trailer.

Shown for the first time on the stage of E3 2021, Death's Door was immediately received with interest from audiences and critics, showing itself as a really interesting indie. Developed by Acid Nerve and developed by Devolver Digital, Death's Door is out on Xbox and PC consoles, compared to other indies, the title is not out on Xbox Game Pass, the selling price is € 19.99. 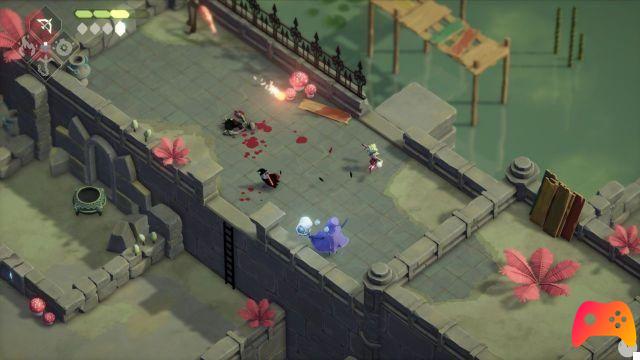 With an isometric view in Death's Door the player plays the role of a crow in charge of harvesting the souls of the dead, thanks to a vast arsenal it is possible to use different weapons and skills to reach the stolen soul. In this adventure the player traverses worlds filled with greedy power-hungry creatures that live far beyond expectations.

► Death's Door is an RPG-Adventure game developed by Acid Nerve and published by Devolver Digital for PC, Xbox One and Xbox Series X, The release is scheduled: TBA 2020
Death's Door is a beautiful game that cannot be missing from your collection: we have decided to evaluate it with a 89%, if you are interested in learning more you can read the Death's Door Review

add a comment of Death's Door, new trailer for the Xbox and PC action