The Best Builds for Crusader in Diablo Immortal 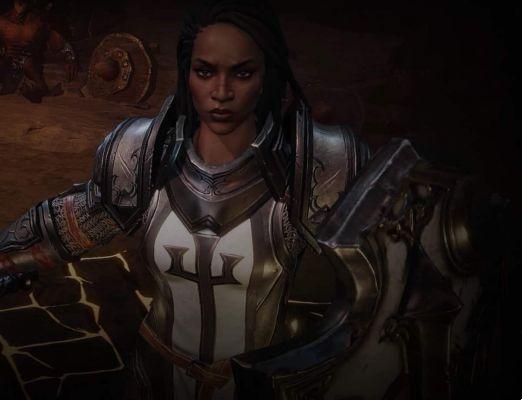 For this version, we will focus on increasing the damage dealt as much as possible, allowing you to wipe out hordes of enemies easily and in an instant.

We will focus on three skills for this build: Consecration, Convict and Draw and Quarter.

In addition to these three main skills, we can use the Holy Fire skill and Sweeping Attack for the PvE build.

Paragon's upgrade choice is forgiving. The only recommendations we can provide include Zelo and Anger in Winning Tree .

These upgrades will allow you to move faster and deal more damage as you take more damage. For every 10% of your health you lose, you will gain more speed and damage.

Apart from these, we recommend that you also use power-ups that increase your health. Since the effects of Zeal and Wrath can be stacked, the health increase will allow you to use them freely without fear of being hit by an enemy.

The main weapon we recommend for this setup is the Karawan's Catch. The weapon will allow you to use energy to continue your Sweep Attack ability and increase damage by 10%.

The secondary weapon we need is Zaynula'a Last Hymn. This shield will increase the effectiveness of the Consecration as it slows its movement by 30%. The perk will allow you to keep demons within range of your Consecration and prevent them from reaching you quickly.

We need several pieces of armor to make the build more suitable to our needs. The various benefits that legendary gear provides to your abilities are extremely crucial here to bring out the best in your character.

Since the build uses mobility to maximize DPS damage, a higher movement speed will allow you to damage more enemies every time you get a kill.

If you wish, you can equip all 6 pieces of Issatar's soaked set. You will have a 10% chance of summoning a soul sphere per kill, which will only improve your efficiency in killing demons.

We have chosen 5 legendary gems that go perfectly with this configuration. We need to use the following gems for this build:

The build allows you to sustain and deal damage from a small distance using Crusader and use abilities that prevent your targets from escaping.

There are still three main abilities for the Diablo Immortal PvP build. These include the following:

In addition to the basic skills, we will use Holy Fire and Judgment for PvP builds.

For this build, we will focus on increasing our speed and defense. Since the setup focuses on PvP, players tend to be much better at spreading and thwarting all of your attacks, so we need to make sure we can take some punishment and run away or chase the other player.

We will focus most of the upgrade points on the survived treeespeciallyUnbreakable, Brave and Armor and Resistance.

The second focus is on the Gladiator Tree. We need to become uncontrollable and resourceful. You can also get Trapper if you wish, but the upgrade has a very long reuse time and is generally not worth the effort.

The main weapon in Crusader's PvP build is The Bristle. The weapon increases your holy fire skill and allows you to unleash waves of fire that deal damage to all enemies in their path. The weapon also improves the stab wound of the holy flame by 10%.

For the secondary weapon, we will use Shield for constant scrying. It allows you to increase the AoE of the Shield Glare skill and also damages enemies that have been bound by this skill. It also increases the damage by 10% per skill at the same time.

We need various pieces of armor to make the build better suit our needs. The various benefits that legendary gear provides to your skills are extremely crucial here to bring out the best in your character.

In addition to these main armor pieces, you will want to use elements of The Mailed Fist and The Gaoler sets. Both of these pieces, when equipped, increase the duration of your abilities by causing you to lose control by 30%. This means that all of your drag and bind abilities on your target will have an increased timer giving you a larger window to attack.

We will use the following legendary gems for this build:

The build is to play in a team, where we will balance the Crusader's damaging and supporting AoE abilities.

For this build, we can't focus on any particular skill. We will use your five skills to get the most out of the Crusader Rift build.

We have no hard and fast recommendations for the primary hand weapon for this build.

For the secondary weapon, we suggest using Zaynula's Last Hymn to further increase the strength of your Consecration skill, as it will slow down enemies and also decrease the recovery time of the skill.

We need several pieces of armor to make the build more suitable to our needs. The various benefits that legendary gear provides to your skills are extremely crucial here to bring out the best in your character.

We will use the following gems for the Rift construction

The best attributes for Crusader

Crusader is one of the most balanced classes and is designed for new players so they can get used to the world of Diablo Immortal. The character has a balanced selection of skills, well suited for almost any play style.

The best stat investment for the crusader is strength. Crusaders hit hard and increasing their strength will make them even better, especially with all the area attacks you can use as a crusader.

Secondly, we suggest investing in Willpower. You will have increased stamina and defense, which will allow you to resist more free shots and tanks in many of the attacks.

Finally, Vitality and Fortitude are attributes we all need for every build and every class. The only attribute we don't suggest using is Intelligence, as it only applies to mages in the game.

The best skills for the crusader.

Crusader has a wide variety of skills for almost any occasion. These are the best skills we think you can use for the Crusader class.

First on our list is Draw and Order. The skill provides great mobility and you can drag 5 enemies with you. The skill allows you to relocate and/or gather enemies so you can easily eliminate them.

The second skill we highly recommend is Consecration. The skill can be greatly enhanced with the right equipment, allowing you to make the skill mobile and literally damage enemies just by moving. The skill can be used with many other crusader skills, making it extremely versatile.

Next, we have a link between Holy Banner and Conjuration of Light. Both skills provide great benefits for the whole team and allow you to quickly get rid of hordes and hordes of mobs.

Both skills are perfect for boss fights, as they drastically increase the damage inflicted or make you immune to damage long enough to overcome that powerful attack.

The best weapons for Crusader

Primary hand weapons for crusaders only provide benefits for the Downward Sword or Sweeping Attack skill for the crusader.

In general, we only recommend all weapons that improve your Sweep Attack skill. Karawan's trainer is the best main hand weapon, as it allows you to extend the duration of your Sweep Attack to deal continuous damage.

We prefer to use Zaynula's Last Hymn Shield as the best secondary weapon for the Crusader class. The weapon provides an upgrade to one of Crusader's most powerful abilities, Consacration.