FIFA 22: Koulibaly is the first POTM of Serie A!

As we already announced months ago, from this year, finally, the POTM also of Serie A. The cards dedicated to the players of the month (Player of The Month) also debut for our championship and, just last night, Electronic Arts officially revealed the first.

We are talking about the Napoli defender Kalidou Koulibaly, protagonist (together with his team) of a truly incredible start to the championship. Compared to the "basic" version, the Senegalese giant earns two points in all the statistics, becoming a real must have for all owners of a team in our championship. At the time of writing, the completion of the challenge is priced at 160k, a certainly high figure but still acceptable considering the player's level. 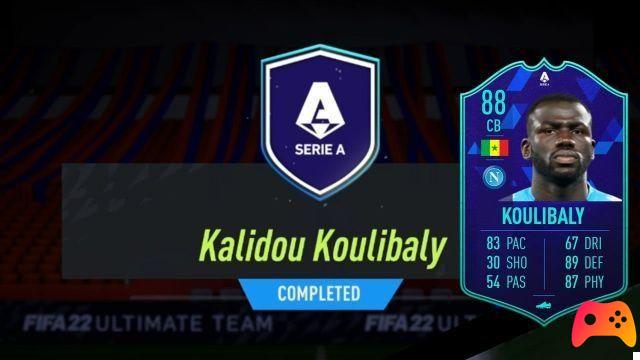 Here are the detailed challenges to complete to bring the player home.

And what do you think of this SBC? Will you complete it? Do you already have our FIFA 22 review? Let us know in the comments!

FIFA 22 - The review of the Rulebrekers team 1 ❯

Add a comment from FIFA 22: Koulibaly is the first POTM of Serie A!