Not only Marvel's Avengers and Marvel's Guardian of the Galaxy, the range of games starring the heroes of the house of ideas is about to be enriched with a component distinct from the others. In the past few hours Firaxis Games has presented the first official Gameplay sequences of the strategic title Marvel's Midnight Suns.

After XCOM and Sid Meier's Civilization VI, the US team is engaging in a major licensed project. Midnight Suns is set up as a turn-based tactical RPG, with a card-based system. These represent consumable items that you can use to activate the skills of Marvel heroes. The player will be able to customize his own paladin, called "The Hunter" and forge increasingly stronger friendships with his companions.

The player will play the antagonist's son Lilith and according to the prophecy he is also the chosen one to beat her. Accompanying him will be 13 superheroes taken from Avengers, X-Men, Runaways and other famous Marvel series. For example, the two shared videos feature Iron Man, Captain America, Captain Marvel, Doctor Strange, Blade, Nico Minoru, Magik, Robbie Reyes as Ghost Rider and Wolverine.. 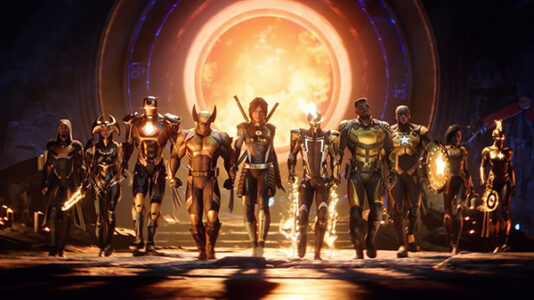 Marvel's Midnight Suns will be available for PlayStation 4, Xbox One, PC, Nintendo Switch, PlayStation 5, Xbox Series X and Xbox Series S from March 2022 and will be included in the Xbox Game Pass service from launch.

Do you want to be an expert and know all the tricks, guides and secrets for your video games? Epictrick.com is a group of video game enthusiasts that want to share the best tricks, secrets, guides and tips. We offer the best content to be a source of useful information, so here you can find guides, tricks, secrets and tips so you can enjoy your games to the fullest. Are you ready to get all the achievements of that game that you resist so much? Enter and enjoy your favorite video game to the fullest!
Marvel's Spider Man 2 will be PlayStation 5 exclusive ❯

The Crew 2: Free Weekend on Stadia