It is not long before the arrival of Metroid Dread on the market, the new exclusive title for Nintendo Switch. Although the public is divided into who prefers buying the physical cartridge, someone will opt for the digital version that will be unlocked at midnight on October 8th. 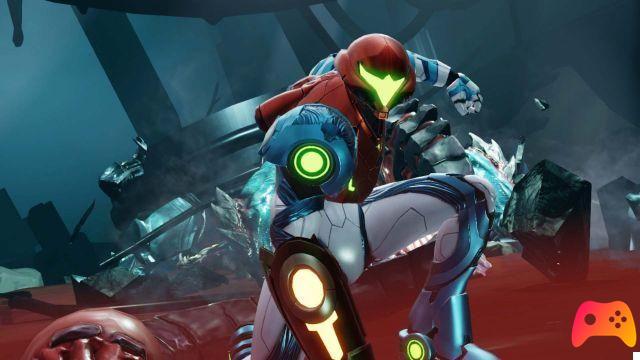 But now, the weight of the new chapter of the series is known which will see the return of Samus Aran on the Nintendo SwitchIn fact, Metroid Dread will weigh exactly 4.1GB. The information comes directly from the Nintendo eShop page, which reports the weight, the release date (October 8, 2021, as already mentioned above) and other very classic information such as the number of players (one, being a single-player title) , genre, publisher and supported languages, including Spanish among the dubbed languages.

► Metroid Dread is a Metroidvania-Platform type game developed by MercurySteam and published by Nintendo for Nintendo Switch, the video game was released on 08/10/2021
Metroid Dread is a beautiful game that cannot be missing from your collection: we have decided to evaluate it with a 88%, if you are interested in learning more you can read the Metroid Dread Review by Matteo Cadeddu.


Do you want to be an expert and know all the tricks, guides and secrets for your video games? Epictrick.com is a group of video game enthusiasts that want to share the best tricks, secrets, guides and tips. We offer the best content to be a source of useful information, so here you can find guides, tricks, secrets and tips so you can enjoy your games to the fullest. Are you ready to get all the achievements of that game that you resist so much? Enter and enjoy your favorite video game to the fullest!
Metroid Dread - Where to go with the Hook Ray ❯

The Medium: new gameplay video from 14 '