NBA 2K22, a leak reveals the cover and the date of the next game

A rumor spread in these hours on Twitter would seem to confirm the imminent announcement of NBA 2K22, complete with a release date and cover of the game.

The last chapter of the series NBA 2K has, let's face it, split the critics and the fans themselves in two. NBA 2K21, in fact, on the one hand has proven to be a product in some ways unattainable, albeit full of critical issues, even important ones that have slowed its rise. 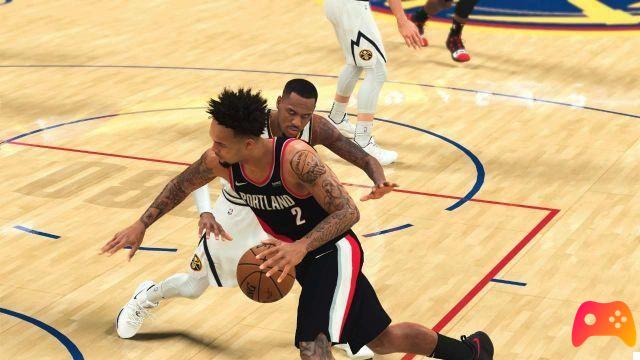 For this reason, the expectation of the fans is all about the next episode of the now over twenty-year saga, called in some way to redeem the brand after the last half missteps. Actually, at the moment, of NBA 2K22 is still known very little, with Take-two and Visual Concepts not yet officially disclosing clues about the project. On Twitter, however, in the last few hours there have been leaks after leaks, which would seem to anticipate both the release date and the cover of the next chapter of the saga. The face of NBA 2K22 should be Nets Champion Kevin Durant, in the company of stars of the past (protagonists, presumably, of any specials of the game) such as Kareem Abdul-Jabbar e Dirk Nowitzki. Furthermore, again according to the leaks, the game should debut in the now "usual" window, ie in mid-September, more precisely the 10.

Pending further developments in this regard, we invite you to stay with us so as not to miss any updates on both NBA 2K22 and the world of three hundred and sixty-degree video games.


Do you want to be an expert and know all the tricks, guides and secrets for your video games? Epictrick.com is a group of video game enthusiasts that want to share the best tricks, secrets, guides and tips. We offer the best content to be a source of useful information, so here you can find guides, tricks, secrets and tips so you can enjoy your games to the fullest. Are you ready to get all the achievements of that game that you resist so much? Enter and enjoy your favorite video game to the fullest!
NBA 2K22: a trailer dedicated to absurd animations ❯

Add a comment from NBA 2K22, a leak reveals the cover and the date of the next game