Andariel he is the boss of the first act and he must necessarily be faced and beaten in order to proceed in the story, take the caravan and go to act 2 of Diablo II: Resurrected. It will be the first real obstacle to face, the first really challenging monster.

Andariel is a demonic presence with a peculiar ability to poison: it spreads greenish and mephitic clouds and strikes with its sting in a rather rapid and lethal way. Thankfully it does not have considerable damage and equipment capable of reducing poisoning turns out to be a reliable companion to deal with it properly. It turns out to be particularly sensitive to fire and frost and, in practice, not too harmful.

Unfortunately as a downside, regardless of the difficulty with which you face him, this boss will never release a drop that is too interesting. 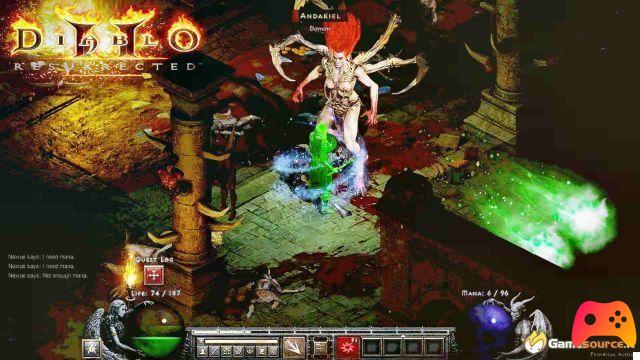 The following stats and also the attack data they report are expressed by difficulty level: Normal / Nightmare / Hell. 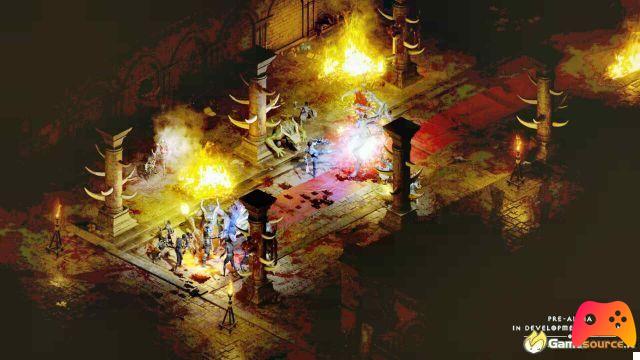 Like the other Act Bosses, Andariel does not regenerate any hit points so if you perish in the quest you will still be able to continue from where you left off. As mentioned previously, we recommend that you choose weapons and skills that use fire to do damage and frost to block it. If you choose fire we recommend a ranged attack and a melee mercenary (only possible if you are doing a second run) while if you use the ice you can choose the mercenary of act one, equipped with arrows and maybe equip him with a bow. fire elemental.

add a comment of Diablo II: Resurrected - How to kill Andariel