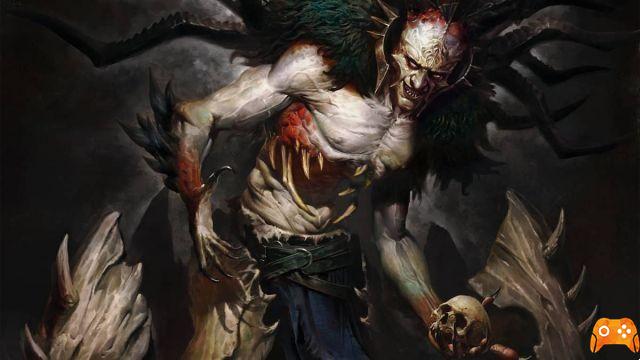 Diablo Immortal has many challenging events for players to complete. In addition to the rewards, you will also need to complete Elite packs to get additional rewards and experience points. This guide will tell you all about the elite monsters in Diablo Immortal and the affixes used by these elite enemies.

1) What are the elites in Diablo Immortal.

What are the elite missions in Diablo Immortal?

Elite missions are a set of challenges with many enemies to defeat in combat. These Elite enemies also have special abilities called Affix that deal heavy damage if they hit you.


These Elite packs come in 4 types and each pack has its own set. After completing the elites, you will be rewarded with some rewards depending on the type of elite you complete.

Your fight will be against a unique but powerful enemy in the Rare Elite Pack. These enemies have 2 affixes and are difficult to dodge. You can use a health potion and movement skills to make the fight easier.

Try to dodge both affixes if you want to win the battle because facing one at a time will impose a higher risk of being attacked by the other affix. After defeating both enemies, you will be rewarded;

Your fight will be against a single huge enemy in the Champion Elite Pack, similar to the Rare Elite Pack. But in the Legendary Elite Pack, the Monster will also have some minions (4-6 minions). These enemies are rare to find in Diablo Immortal.


Legendary Elites have a set of 3 random affixes and their minions also have an enhanced Minion affix that increases HP, damage and mobility.

The main damage will be dealt to the monster and the minions will deal side damage that will slowly and steadily take your health. To get rid of these minions, use your AoE attacks. Use health potions and mobility skills to help your character. After killing the monster, you will be rewarded with;

Unique enemies from the elite pack are found in tasks in different regions of the map. Unique elites inflict normal damage but have a lot of health. They have more than 1 health bar with a red diamond on one side of the health bar representing the combat difficulty level.

One interesting thing about Unique Elites is that their Affixes do not have icons on the screen. Therefore, you should be careful as an affix may be coming your way. Health potions and movement skills are also recommended in this fight. The rewards for the Unique Elite are;

In Diablo Immortal, elite monsters can have different affixes, as there are many affixes in the game. The list and detail of each affix is as follows;

Creates spinning beams of arcane energy. To avoid these beams, move away from the Small Arcane Orb when it starts spinning, as this is the emergent point of the beam.

Blocks bullets and attacks by creating a barrier. You can go behind the wall or bring the enemy to your side to attack the enemy while the barrier remains static.

Improves enemy movement and attack speed. You can deal with this affix by using the Crowd Control skill to block enemies in place and then attack them using melee or ranged attacks.

Use cold attacks. If you are within range, use the Crowd Control skill to take them down. If minions surround them, kill them first to avoid additional damage when they freeze.

Generates an orb of ice that creates an icy tornado when it explodes. To avoid tornado damage, escape from the Icy Orbs location.

Creates 3 Slime in defeat. To avoid slime damage, try to kill all enemies in the pack at the same time to end the battle before slime is produced.

Improves enemy health, damage and mobility. Only enemies of the legendary elite pack use this affix. TO get the least damage from the affix, kill the minions before facing the legendary monster.

It increases the enemy's speed and HP at regular intervals and immunizes the enemy against immobilization. You can avoid this affix by defeating the Monster as soon as possible so that the Enemy does not use the affix any longer.

Generates ice balls that explode after 3 seconds. Run away from the ice balls when they appear to avoid damage.

Freeze the ground to reduce the speed of movement. Try not to move when the affix is in action.

Creates an immobilizing cage. You can't move when you are in prison and there is a chance that you will be blocked by minions. Therefore, be careful to save some health potions for this situation.

Shoot laser beams at the enemy. To avoid being hit by the laser, run away while the laser follows you and when the laser explodes, jump to any side.

Shoot fire bullets in a row. When you see that the bullets are about to leave the ground, run away from that place to avoid damage.

Causes severe damage within 5 meters and explodes below 10% HP. Move to the side when you find that the enemy is forming a ring of fire around you to avoid damage.

Produces a terrifying roar after regular intervals. This affix is not very dangerous. So please don't waste your time avoiding it.

Create 7 lightning spheres. You can only avoid this affix by keeping a certain distance from the orb generation position.

Inflicts more than 7 combined damage on the ultimate as a fire blast. Inflicts damage on the last attack, so head to the side to avoid the highest damage at the end of the attack.

Spawns 3 poisonous snakes. These snakes have less power but higher damage. To avoid more damage from these snakes, kill them as soon as possible.

Sometimes teleports. When you see the enemy using this affix, simply change your position to avoid the attack.