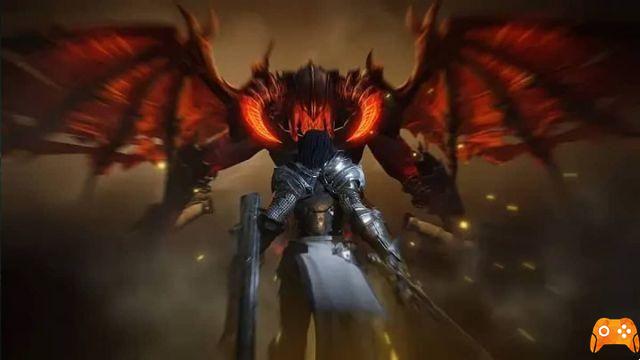 Raid the Vault is a timed exclusive event for members of the Shadows faction in Diablo Immortals. The event instructs them to raid the vaults of their opposing faction of Immortals.

Raid the Vault begins as a PvE event, but then switches to PvP when the Immortals return to defend their vault.

If it sounds interesting, the following guide will explain how to start the Raid the Vault event by highlighting some tips for making the raid noteworthy in Diablo Immortal.

How to start raiding the Vault in Diablo Immortal

Raid the Vault is held twice a day from 12pm to 00pm and from 14pm to 00pm depending on your server time. During this event, all Shadows players must loot the Vault of the Immortals making sure they don't get caught stealing.

The event begins as PvE against the vault guardians. However, when you are caught stealing and the alarm is raised, the Immortals players will arrive to stop you from entering their vault. Hence, the transition of the raid into PvP.

There are some requirements you need to meet before starting the raid. First, to take part in the event you must reach rank 3 in your faction. Secondly, you must acquire shards of the living night which can be collected as rewards from completing shadow contracts.

Once you have completed all the additional activities necessary to start the event, the next step is to enter the vault and start the raid. To enter the vault, you need to visit Master Fyggus, the Master Vault Raider, located at the Court of Whispers.

You can visit him once the event timer has started. You can then enter the vault once your allies have acquired the living night shards. They will signal you to enter the vault and start the raid.

If the entire squad is somehow defeated at the start of the event, you will not receive any items obtained through Raiding the Vault. Therefore, it is best to find experienced players to join your team for the raid.

If the Vault Guardian catches you entering the vault, he will try to notify the Immortals and you will be eliminated from the event. The best option here is to take out the Guardian before he raises the alarm.

Make sure you completely collect all of the Essentia from the vault. In case there is any left, go back to the area and collect it before you are discovered.

In case you are captured and the Immortals are alarmed by your presence inside the vault, they will call for reinforcements soon. In situations like these, it's best to equip and destroy the Immortals in tough combat. The battle venue can be at the entrance to the main vault or in any other area where you feel comfortable with the Immortals.

Don't prepare a team where every member has the same skills. Instead, focus on building a diverse team. If you are looking to fight PvP from the very beginning, make sure to equip yourself with PvP gear as PvP battles differ from PvE in many ways, for example movement and crowd control are more important in PvP.


Instead of attacking everyone, focus on killing a single enemy, then shift your focus to the next target. There will always be an enemy player with the best equipment and stats. This will be evident during the fight as that player will decimate everyone from left to right. Here, communicate with your raiding party to stack up on him. Take it out quickly to make the Immortals sweat.