How to clone Whatsapp 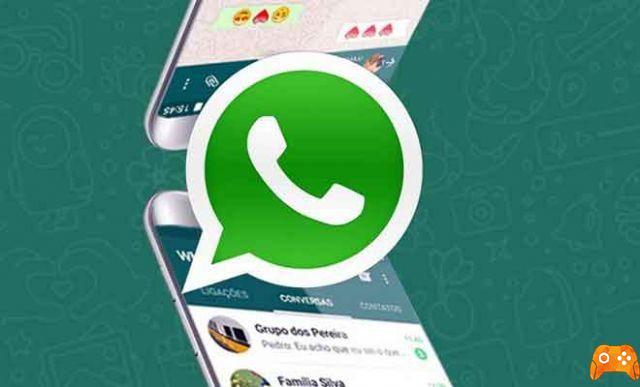 One of them, and what perhaps most users complain about, is being able to duplicate Whatsapp accounts on two different phones. Next, we will show how to clone WhatsApp so that it can be used on two devices at the same time.


WhatsApp is the most used messaging application in the world to communicate with our friends, family, colleagues, etc. From the mobile phone. However, despite the large number of features that the Facebook-owned app has, there are some limitations when using it.

If you have ever tried to install WhatsApp on another mobile phone and use the same phone number, you will surely have noticed how the application itself does not allow you to install the app and associate it with a number if it is already in use on another device. Therefore, we will have to use some third-party apps to be able to clone Whatsapp accounts on two mobiles at the same time.

How to clone WhatsApp Android

The truth is that a few months or years ago you heard about an app that allows you to clone WhatsApp and therefore be able to use it on another device at the same time.


However, many of these applications are no longer available on the Play Store. In any case, there are other apps that we can find in the Android App Store that allow us to copy Whatsapp to two phones at the same time. This is the case of tools such as WhatsClone or Clonapp Messenger, two apps that allow you to use the same WhatsApp on two WhatsApp Web-style devices.

As the name suggests, these apps were developed with the goal of being able to duplicate WhatsApp and being able to use the messaging app on two phones at the same time. To do this, all we have to do is take the mobile phone in which we want to duplicate or clone WhatsApp, download and install the application.

Once WhatsClone is installed on the cellphone on which we also want to have our WhatsApp, it will ask us to register and we will have to follow some steps.

Clonapp Messenger it works in a very similar way , once the app is installed on the phone where we want to start using WhatsApp, we run the application and click on the Clonapp Messenger button. Without the need for prior registration as in the previous app, we will see how after assigning all the necessary permissions to the application, we will quickly have all our chats on the other device from which we can send and receive messages normally.

Clonapp Messenger offers other functions such as being able to easily send WhatsApp messages to anyone even if we do not have the phone number saved in our contacts, as well as downloading stories, photos or videos to the device.

If we have two root mobiles or two devices that we don't mind rooting, we can also clone our WhatsApp account on another mobile and manage the same account from both devices. Because of this:


Hopefully, we can use the same WhatsApp account on both rooted phones.

Read also: Whatsapp on two devices, how to do it