How to use WhatsApp QR codes to add contacts 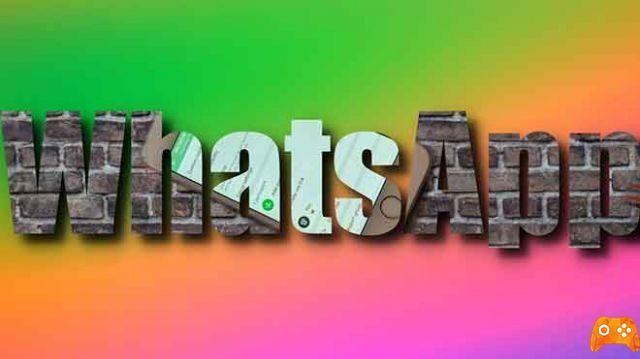 Adding people on WhatsApp has always been a twisted story. It's as easy as adding a contact on your phone, but the whole process of tapping the digits, saving the number, searching for the contact on WhatsApp, and finally being able to send them a message is exhausting. Fortunately, the process was made easier by the introduction of QR codes in WhatsApp. Now you can add your friends or other people by scanning their WhatsApp QR code.


Until recently, you had to use third-party services to create a QR code for WhatsApp. Today the same functionality is present within WhatsApp. First spotted in Beta versions of WhatsApp, WhatsApp users can now use QR codes.

What are Whatsapp QR Codes?

WhatsApp QR Codes are scannable codes that can be used to add people to WhatsApp without having to manually enter their numbers. You have to scan the QR code and WhatsApp will offer you the option to save the contact. After saving it, the chat window will open automatically.


For the uninitiated, WhatsApp offers three different QR codes: personal QR code, group QR code and WhatsApp web code. While the former is for adding personal contacts, the latter helps to invite group members. The third, which deals with the WhatsApp web, is completely different from the other two. It is used to log into WhatsApp Desktop.

WhatsApp QR Codes don't eliminate the hassle of adding a contact before sending them a message. It is still needed. You can use WhatsApp's Click to Chat feature to send messages to someone on WhatsApp without saving their number.

WhatsApp QR Codes can only be created and scanned from mobile apps (Android and iOS). The function is not available for WhatsApp WEB.


Final report: update your WhatsApp app if the QR code function is not present on your phone.

How to create Whatsapp QR code for your number

To generate the WhatsApp QR code, follow these steps:


Step 2: on Android, tap the three-dot icon at the top and go to Settings. You will find the QR code icon next to your name. Touch it.

On iOS, tap the Settings tab at the bottom. Then tap the QR icon next to your name.

Step 3: you will be directed to the QR code screen. Here you will find your QR code. If a person is with you, he can scan the code directly.

To send your WhatsApp QR code to others, you can take a screenshot of the QR code screen or use the native sharing feature in WhatsApp.

For the latter, tap the share icon at the top of the QR code screen on Android or iPhone. Select the app from which you want to send the QR code image to others. You can share via email, other messaging apps like Facebook Messenger, Telegram, etc. Or even via WhatsApp.

To add someone on WhatsApp using their QR code, you need to scan their code. For this, open the WhatsApp settings and tap the QR icon.

On Android, tap the Scan Code tab to open the scan screen.

On iOS, tap the Scan button.

Point the camera at the QR code to scan it. Make sure the code is inside the green scan box. To scan the QR code received via other apps on the same phone, tap the gallery icon in the lower left corner. Go to the QR code image and select it.

WhatsApp will detect the contact from the code and ask you to add it to their contacts. Tap Add to contacts.

Add the relevant contact details on the next screen. After saving the changes, the new contact will open in WhatsApp displaying a message that the contact has been added via QR. You can start texting the person.

Final report: if the person's contact exists in your address book, their chat window will open directly without asking you to save the contact.

You can use the built-in functionality of your phones (if available) to scan the WhatsApp QR as well. For example, if you point your iPhone's camera at the WhatsApp QR, a link will appear. Tap it to send a message to the person. Likewise, Samsung phones also offer QR codes in the camera. It offers me a separate app to scan the QR code. You can also use Google Lens on any Android phone to scan the WhatsApp code and add people.


How to revoke the QR code on Whatsapp

Anyone who has your QR code can scan it and send you a message. So share it with trusted contacts for personal numbers only.

In case your QR code is shared with people you don't want to have, you can deactivate the existing code. For this, open the QR code screen on WhatsApp by going to Settings and tapping the QR icon. Then tap on the three dot icon at the top in Android and choose Reset QR Code.

Final report: you can reset the code an unlimited number of times.

When you reset the QR code, anyone who scans the previous code will see the message “QR code no longer valid” at the time of scanning.

You need to share a new QR code with others. For this, reopen the QR code screen after resetting the existing QR code. Your new QR code will be automatically generated.

Other ways to use Whatsapp QR codes

In the above method, you need to enter the settings first to access the WhatsApp QR code. If this seems unnatural, there are two other ways: WhatsApp Camera and Contacts.

Add WhatsApp contacts from the camera

Suggestion: Quickly access the WhatsApp camera by pressing and holding the WhatsApp icon on the home screen. Choose Camera from the menu.

You will also find the QR code option within the new chat screen. On Android, tap the new chat icon at the bottom in WhatsApp. Tap the QR code icon on the next screen. The rest of the features remain the same.

On iOS, go to the Chat tab at the bottom. Tap the new chat icon at the top. Choose New Contact.

WhatsApp QR Codes reduce the effort of typing numbers. They make the process of adding contacts easy even for non-tech people like parents or grandparents who will just have to scan the code. QR codes make life easy in general too. Unfortunately, very few people use them in their daily life. We hope it changes with WhatsApp.