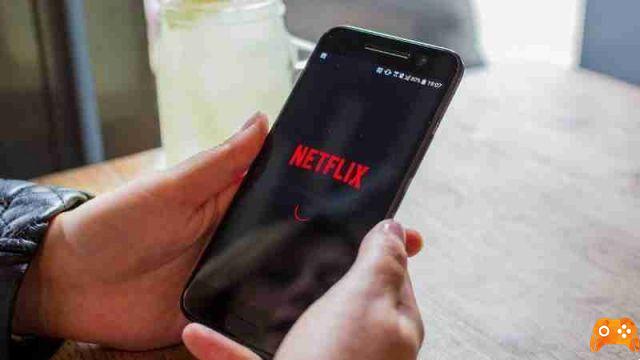 You can switch countries to watch Netflix internationally or when you are in another country. We show you how.

For anyone who loves movies and TV shows, Netflix is ​​a must. The video streaming giant is available in 190 countries. Unfortunately, Netflix's library isn't the same everywhere. But there are some tricks to access other libraries (for example, watch US Netflix when in Spain).

You might be surprised to find that Netflix has several movies and TV shows available to stream in different countries. In this article, we explore why Netflix content differs from country to country and how you can watch everything on Netflix no matter where you live.

Because the Netflix library is different internationally

According to Netflix CEO Reed Hastings, Netflix's library or catalog differs in each country due to territorial licenses. Here's how it works.

The producers of any movie or TV show want to maximize the profits from their product. Hence, they license their creation to different content distributors in different parts of the world. Of course, the highest bidder wins the rights. To give an example, let's talk about Star Wars.

As a distributor (yes, streaming content counts as "distribution"), Netflix must decide whether enough people in the US, UK, India and other regions will be watching Star Wars to recoup their purchase costs. rights.

If Netflix's research shows an interest in Star Wars in both the US and India, it will bid for the territorial license for both regions. However, some other distributor may offer a higher price for the Indian territorial license, or perhaps they already have the license. So, once again, US Netflix users will be able to watch Star Wars, but Indian users won't.

In short, public interest and territorial licensing determine why the Netflix library varies from region to region.

Netflix is ​​trying to ensure the international availability of all content on Netflix so that geo-restrictions go away. But it will take some time. So, at least for now, different countries will have access to different Netflix libraries.

How to watch Netflix from another country

The good news is that it's actually quite easy to watch the Netflix library from another country. Our ultimate guide to Netflix notes that you can access any country's library using virtual private networks (VPNs). There is also another technology called DNS tunneling or Smart DNS. Both paths serve the same ultimate purpose - they make Netflix think that your device is in a different region than where you actually are.

However, these methods have some limitations. For example, you won't be able to use a Chromecast to cast Netflix from your phone to your TV. Buffering and streaming speeds may also be negatively impacted by these methods. However, on the flip side, you'll have a larger video library than ever.

Change your country using Netflix with a VPN

We have previously advocated using VPN instead of DNS proxy. But the biggest point in favor of VPNs is how easy it is to get started.

Netflix is ​​available on all platforms, which gives you some leeway in choosing a reliable VPN that works for you. (Netflix is ​​careful about VPN usage and blocks most free VPNs, but many paid VPN services still work.) The process is the same for everyone:

Not all paid VPNs are created equal. For the best chance of success, we recommend using ExpressVPN.

Watch Netflix from another country with Smart DNS

With things like YouTube, it's best to use Smart DNS services to watch videos blocked from that country, but Netflix has made it harder than ever to use Smart DNS to access another country's catalog.

The advantage of using this technology is that, unlike VPN, Smart DNS doesn't route data through an intermediate server between you and Netflix, so it's faster. This is especially noticeable with high-quality streams such as 4K videos.

Unlike VPNs, your options are severely limited if you want to use Smart DNS for Netflix. The only one that still works is Smart DNS Proxy and this too mainly supports US and Canadian Netflix catalogs.

Right now, unless you have specific reasons other than Netflix to pay for Smart DNS Proxy, we recommend paying for a good VPN instead.

How to find what's available in different countries on Netflix

Now you know how to watch Netflix from other countries, but that still leaves a problem. How do I search for a movie to find out in which Netflix country it can be streamed? This is where uNoGS comes in.

This web app searches Netflix libraries around the world. A quick search and the service will tell you which country library you need to change your VPN or DNS.

You can filter your search results by IMDb rating, movie release year, genre, and other categories. And, of course, you can choose which of the 28 countries on offer you would like to search in.

Can you access another country's Netflix catalog using a VPN?

A VPN allows you to change your IP address, which makes it seem like you're in another country, but your Netflix account won't change. If you want to watch a show that is only available in the US, you will need a US-based Netflix account, as well as a US-based IP address.

Setting up a Netflix account in a foreign country is complicated. The attempt to create an account in the United States failed because none of our payment methods were accepted. While buying a Netflix gift card from Amazon might work, please note that you'll also need a US phone number to confirm your Netflix subscription. The frustrating thing is that Netflix won't give you a specific error message, but they've probably figured out you're trying to cheat.

Which VPNs work with Netflix

Netflix is ​​regularly cracking down on VPNs, making it difficult to bypass regional licensing. While the methods listed above work right now, we cannot guarantee that they will work forever.

All in all, ExpressVPN and Private VPN are among our favorite options. The former always works with Netflix US, which is one of the best catalogs among all countries. And Private VPN supports the largest number of countries for Netflix libraries. You can try both with a free trial.

How to watch Netflix in 1080p in Chrome and Firefox ❯

add a comment of How to watch Netflix from any country