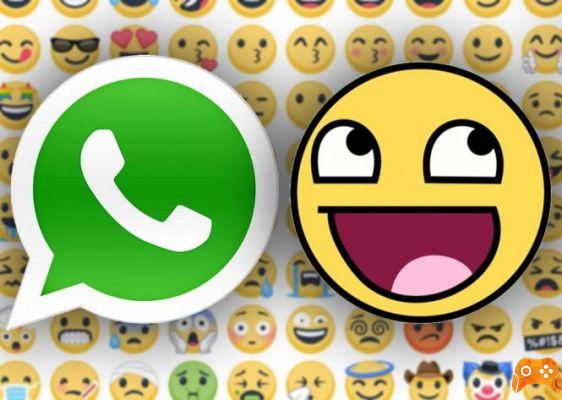 It could be said that technology, social networks and all smart services are the distant descendants of SMS, abbreviation for Short Message Service, the standard format for sending a short text with a limited number of characters. From this small "obstacle" many of the most widespread and used acronyms all over the world were born. Impossible not to mention the word LoL, or lot of laugh, which in Spanish translates more simply into big laughs.

The first SMS in the history of information technology, sent by the British engineer Neil Papworth on Vodafone's GSM network and containing the text "MERRY CHRISTMAS", dates back to the now distant December 3 1992.

What not all users know is that this record was not achieved through the use of a telephone, but through a PC. We had to wait until the following year, 1993, to get the first SMS sent from a mobile phone, and it was the work of a Nokia intern.

Without problems and without too many words, we can say that our current story was born from these simple SMS. These words are justified by the way in which the messages, sent through a telephone, have completely upset the behavior that each of us has to relate to anyone else, including friends and relatives.


In the past, not too far away, to organize a soccer match it was customary to go to friends' houses and then call them directly from the street or ring the intercom. If for some reason the person concerned was not at home, the search began at the places most frequented by the group. It was another era, with another mentality.


From 1993 everything began to change, and with it also the way of communicating: SMS began to be more and more an integral part of our lives. This change was sudden, in less than 10 years every young person who had a cell phone was constantly texting, spending his weekly pocket money on top-ups used almost exclusively for sending SMS.

All this remained unchanged until recently, when in 2009 what is now the best known and most used instant messaging service in the world was launched, both by those who own an Android smartphone or an iPhone.


As easily understood let's talk about WhatsApp, an application that has put an end to the use of SMS for various reasons by changing, once again and in a radical way, the way we relate to other people.

But the success of WhatsApp is not only due to a stroke of luck. Its rise is given above all by the spread of social networks that starting from 2005, the year of the birth of Facebook, have started to take hold more and more. Wherever we were, each of us had the opportunity to talk through a simple and immediate graphic interface.

Not only. Raise your hand if you do not scroll through the Facebook Home to check everything that has happened to our circle of friends. In fact, there are no longer the old women of the village who with their word of mouth spread gossip about hidden loves and vicissitudes of the inhabitants. They have been supplanted by social networks, which affect us every day on our every point of view and way of thinking.

As if that were not enough, all this is surrounded by messages and messages always full of emoticons and smileys. But what perhaps not everyone knows is that emojis, many times, hide an unexpected meaning.

They hide inside a lot of details that words could not express. So knowing the meaning of WhatsApp emoticons, but also of Facebook and Telegram, is of vital importance nowadays.

One of the most used WhatsApp smileys is undoubtedly thefinger emoticon medium which, as you all well know, has a double meaning that is not exactly kind. In addition to representing, precisely, the middle finger represents the male genital apparatus in an abstract way and can also take on the value of sending someone to that country.

Another emoticon often used by WhatsApp users is that of the big red heart beating. For the uninitiated, this face can mean deep gratitude or a feeling of love towards the interlocutor.

While the smiley wink and tongue together is the symbol of someone who wants you to understand that he is joking maliciously. This could have both positive and negative aspects. The former may be in reference to an attitude with feelings and some sexual allusions between two partners.


In the second case, however, it could symbolize someone's intention to tell you some truths in the form of a joke. Because after all we know that laughing and joking, veiled by a thin layer of irony, they say the hardest and most bitter realities that it is not always easy to say them clearly and directly.

As you will surely have noticed and seen, our way of communicating has undergone an evolution that probably none of us would have expected. It is not at all strange in fact to receive professional messages or communication directly on WhastApp, perhaps with the use of emoticons that are often used without knowing their true meaning.

I challenge anyone of you who work in contact with the public to never have received a WhatsApp message or call from a customer to whom you did not even know that you had communicated your personal telephone number.

add a comment of Emoticons, the hidden meaning of WhatsApp smileys