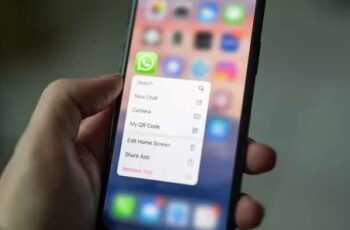 Gone are the days of relying on text messages to communicate with friends or family. Today we have many forms of communication available, such as stickers, emojis, gifs and voice messages. When it comes to voice messages, WhatsApp allows users to speed up audio messages. Some may not like the change. You can easily increase or decrease the speed of WhatsApp audio messages on Android and iPhone.


Among all types of messages, voice messages are gaining ground in recent times. They are easy for users to use and eliminate the hassle of typing letter by letter. It can be useful for those who just don't like writing long messages. WhatsApp, being the largest instant messaging app, has added useful tools to manage voice messages.

Sometimes you need to speed up voice messages, while other times you want to slow them down for clear listening. The only problem is that WhatsApp saves the listening speed as the default audio playback speed and uses it for all voice messages. We will talk about all four operating systems, including Mac, Windows, iPhone and Android. Let's start with the WhatsApp mobile apps.

How to speed up Whatsapp audio messages on iPhone and iPad

WhatsApp uses a different interface on iPhone and Android. If you are experiencing an issue with the speed of audio messages on your iPhone, the above steps should help you fix it.


If the voicemail shows 1,5x or 2x, WhatsApp will play the voicemail faster. It may be problematic to listen to a voice message at this speed. You can tap 1,5x and it will speed up the audio to 2x. Again, tap 2x and it will return to normal 1x speed. There is no way to slow down a voicemail from 1x to 0,5x.

How to speed up Whatsapp audio messages on Android

The trick to increasing WhatsApp audio speed on Android remains the same. Since it uses a slightly different user interface, let's see the steps.

With WhatsApp, when you change the speed of the audio once, the service uses the same speed on all voicemails.


How to increase the speed of Whatsapp voice messages on MAC

WhatsApp has implemented the same audio speed trick on desktop apps. If you are using WhatsApp on the desktop (now we have more reasons as WhatsApp offers multi-device support), you can use the cheat below and fix the speed of the audio on the WhatsApp desktop.

After setting 1x for the audio speed, WhatsApp will save it as the default preference and use the same audio speed when sending a voice message.

How to recover deleted WhatsApp messages


How to increase the speed of Whatsapp voice messages on Windows

WhatsApp for Windows also supports different audio speeds for voice messages. It also works well with multiple devices. Here's what you need to do.

How to Hack WhatsApp in 2 minutes

How to transfer WhatsApp from Android to iPhone

What happens when you change your WhatsApp number?

3 things to keep in mind before deleting a WhatsApp message