Is it really safe to use WhatsApp? Can they spy on us? 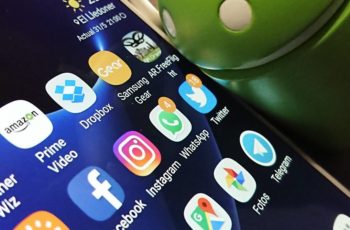 German researchers have discovered a method for secretly infiltrating WhatsApp groups, but it's not exactly easy. Security is one of the cornerstones of communication. Being able to talk securely without others reading our messages seems not to be possible on WhatsApp, at least when it comes to group conversations. Now we explain it to you!

As Wired explains to us, at the World Crypto conference in Zurich, Switzerland, a team of researchers from the German Ruhr University tried to test the security of three messaging apps. Signal, Threema and WhatsApp.

All three have some security issues, although those of Signal and Threema do not seem very dangerous. WhatsApp; however; appears to have serious security issues. To be clear, the German research team stated that anyone who manages to sneak into WhatsApp servers can self-invite themselves to any user group.

WhatsApp encrypts all chats by default with a type of encryption known as end-to-end. This encryption ensures that even if our messages pass through a server, only the sender and recipient of the message will be able to read them.


In the case of groups, we have the guarantee that only the users of a group can read the messages. This premise falls back to the moment when someone is able to join a group without problems.

Despite the seriousness of the problem, we must keep in mind that this vulnerability can only be exploited by someone who manages to sneak into the company's servers. Company personnel, highly skilled hackers and government agents 😉 This is a door that is always open... for them!

The research team insisted that with certain techniques it is possible for the users of the conversation not to receive the message that the new user (in this case the spy) has read or deleted before them.


Wired's contacted a WhatsApp spokesperson by phone, who confirmed that the security hole exists, but if someone were able to sneak onto their servers and join a group, all users would receive a notification that a new user has been invited to the group. so all users would be aware of the attack.


We're not always so vigilant though!

The spokesperson also added that, to fix the problem, they should have removed the option to invite a person to a group via a link, removing a feature that was highlighted as "very useful".


What do you think of Whatsapp, do you consider it safe?

add a comment of Is it really safe to use WhatsApp? Can they spy on us?