Will WhatsApp charge € 0,01 for each message and will its logo be blue? 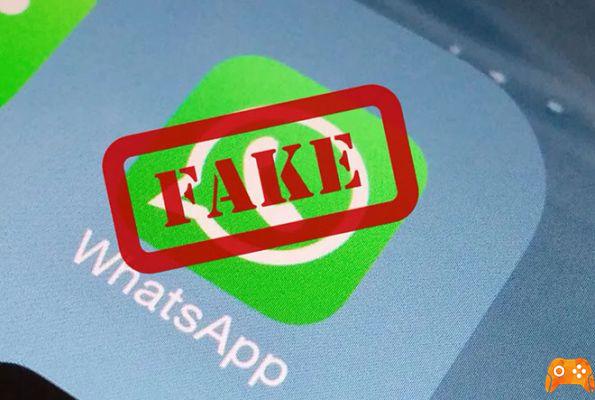 WhatsApp hoaxes have existed since the application was launched a few years ago and new ones will continue to arrive in the near future. Also, many hoaxes come back cyclically and start being shared massively among users.


In this case, two hoaxes in one on WhatsApp return to "being in sharing mode", indicating that it will cost us 0,01 euros per message sent since Saturday and that, if we do not forward a message to 10 people, the WhatsApp icon become irreparably blu.

It is easy enough to identify one hoax on WhatsApp, but it's not that easy to stop people from forwarding it indiscriminately. Let's be clear, we don't have to pay anything and we can continue using Whatsapp as before, even at night.

In case of major changes, these will be communicated through official channels and not through WhatsApp that our friend, brother-in-law, neighbor or mother-in-law forwards to us. Also, sharing fake news on WhatsApp is not illegal… for the moment.

Il message which works like a fire is as follows:


This hoax has been around for a few years and it is possible that someone came to mind reading it. WhatsApp itself has confirmed that this message is totally fake.

And that's not all, if we go back to 2012, the Internet User Security Office (OSI) was in charge of falsifying a similar WhatsApp chain by indicating that the application would charge us 0,01 euros for the message and that we had to forward 10 people for the light to turn blue.


Leaving aside the WhatsApp mods that can change their appearance, color and other functions, the only thing we can change is the color of WhatsApp messages using an Android application known as Stylish Text. Have you received this fake news on WhatsApp in the last few days?

It might interest you: How to capture full WhatsApp chats in a single image

WhatsApp warns: if you don't use the official application, your account will be banned ❯

add a comment of Will WhatsApp charge € 0,01 for each message and will its logo be blue?