Advertising on Whatsapp, everything we know about the imminent arrival of ads in the app 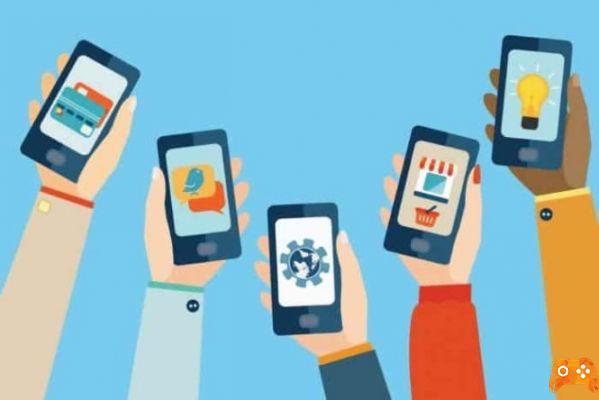 Renewal is one of the keys to WhatsApp, the instant messaging app par excellence. We often talk about the interesting new features prepared by the platform, how to send a WhatsApp message to someone without adding them as a contact!


WhatsApp news often creates positive interest, except when it comes to a specific topic: advertising. Google is also working on new ad formats for your mobile, and now too WhatsApp has confirmed that the advertisement will arrive in the app soon.

That advertising would arrive on WhatsApp sooner or later is something all its users have known for a long time. There has been a lot of talk about the presence of announcements in the communication app, even Chris Daniels, vice president of WhatsApp, said that these would appear first in the United States, without saying the exact date of their integration.

This date has been hidden until now, until an executive from the company themselves broke the news that it can put "an end to your love for the app" 😉. The arrival of advertising in the app is imminent and this was communicated by a spokesperson for WhatsApp during the Facebook Marketing Summit in Rotterdam (Netherlands), as confirmed by Olivier Ponteville, one of the attendees of the event.


WhatsApp has decided to add advertising in their states, that section of the app where users can share photos and videos that are deleted after 24 hours. As said by the spokesperson, next year, you will see the advertisement appear in the Whatsapp States … That the app has entered.


As you can see, this time it is not a rumor spread on the Internet, the managers of WhatsApp have confirmed that the arrival of the announcements is imminent. And no, it's not a project without a date, advertisements will become reality in 2020.

The union of WhatsApp and advertising is in a very advanced state, like we saw in the images presented during the Facebook Marketing Summit. Through a comparison with ads on Facebook and Instagram, WhatsApp showed what the ads will look like in the United States. 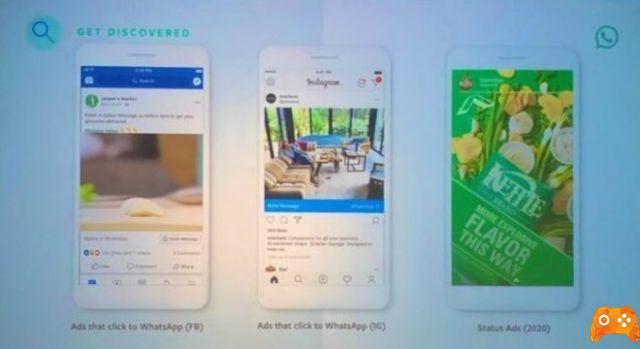 If you carefully analyze the image of the ad on WhatsApp, you will see that it has an arrow at the bottom that will give access, presumably, to the purchase of the advertised product. As with Instagram, when you swipe up you can access the website of the advertiser and when you do it on the side of the screen you will skip the advertisement.

Users of WhatsApp Business, the business-oriented version, will not be special e will have to deal with the arrival of announcements in the United States in 2020. Finally, it is worth noting the significant importance of this new WhatsApp feature, which for several years he had been looking for a source of income that would allow him to increase his profitability. Undoubtedly, advertising will be a major boost to its economy.


The renewal of WhatsApp also passes through the Business 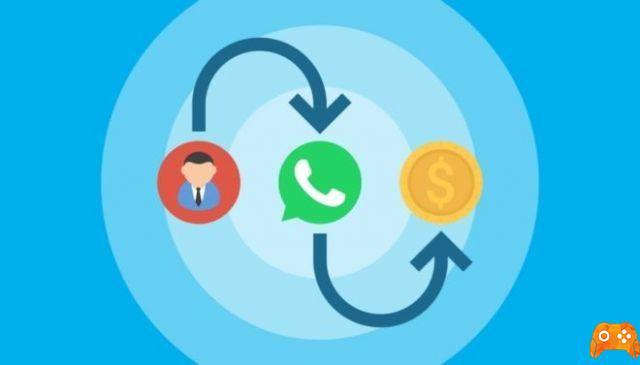 WhatsApp's presentation at the Facebook Marketing Summit didn't just confirm how and when the ads will arrive in the app. The company spokesman took the opportunity to advance other details, such as the upcoming launch of new formats for sending messages in WhatsApp Business, which will add more richness to the business app version.

Furthermore, the merger between Facebook and WhatsApp continues at a decisive pace integrating the WhatsApp product catalog with the existing Facebook activity manager. Although its leaders were initially reluctant to integrate WhatsApp into Facebook, this is already happening progressively.

Unfortunately WhatsApp has stopped, how to fix ❯

How to enable WhatsApp two-factor authentication for Android

How to use WhatsApp on a PC without a mobile phone

add a comment of Advertising on Whatsapp, everything we know about the imminent arrival of ads in the app