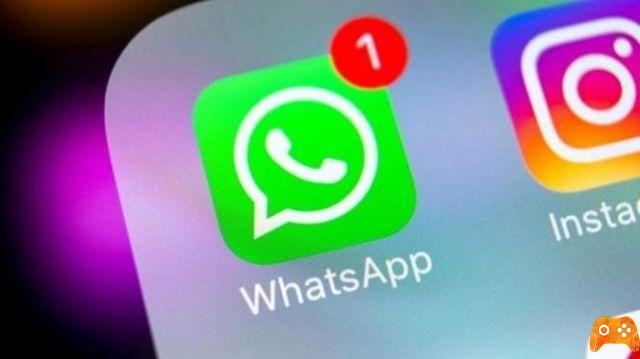 The world of messaging has become very large in recent years and there is now a wide variety of messaging apps. Your favorite messaging app probably depends on where you live and what device you use every day.


In the U.S., Apple fans rely on iMessage to handle most of their conversations, while Android users probably use Facebook Messenger, Google Allo or other on-platform chat apps.

People outside the United States flock to WhatsApp, which has become the messaging platform used by hundreds of millions of users around the world, particularly in Africa, India, South America and Europe.


WhatsApp is also increasingly popular in the United States for its simplicity and functionality. WhatsApp handles basic messaging, but adds enhancements, such as improved support for photos, stickers and receipts for sent and read messages.

Using WhatsApp is like using an enhanced version of SMS on any other phone, which is what makes it so appealing to users around the world. One of the best features is the ability to easily block someone through the service. This allows you to remove yourself from a potentially dangerous or uncertain conversation.

It's easy to block other users from the WhatsApp interface and you can also easily unblock them if you change your mind. However, things are not that simple. It is frustrating to be blocked, especially if you don't know why or if you feel the reasons are unfair.


Is it possible to get back in touch with your contact, and how can you know you were blocked in the first place? I'll answer both questions in this article.

HOW TO KNOW IF YOU WERE BLOCKED ON WHATSAPP 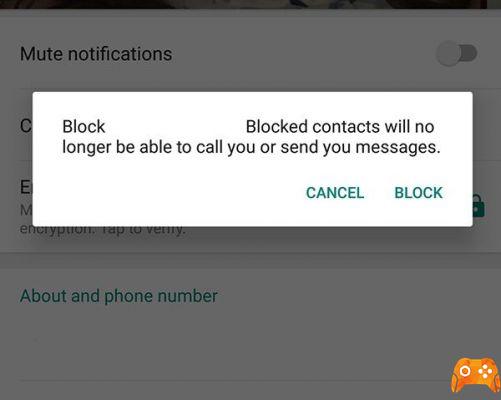 As is typical with social networks and communication apps, WhatsApp does not proactively inform a blocked user about the status change. There is a good reason for this; such a message could cause real-world harm or danger to the person who blocked a WhatsApp contact. However, it is possible to know whether or not he or she has been blocked. There are several small clues that will alert you that you have been blocked on Whatsapp.

One technique is to see if your contact's profile picture has remained the same over time. If they are known to update their picture regularly, it could be an early sign that you have been blocked, as new pictures will not show up on their app.


Another method is to look at the contact information to see when they were last online. If you are no longer shown this information, it could be due to two different reasons: that the user updated their privacy settings to stop showing that information to contacts, or that person blocked you. The acid test, however, is to send a message to the individual.


If your contact has blocked you, that second checkmark will never appear. If you really want to be sure, try calling the WhatsApp contact: if they have blocked you, the call will not go through.

A WORD ABOUT HARASSMENT ON WHATSAPP


If you think the other person blocked you unfairly or for unknown reasons, it's worth remembering that the person who blocked you obviously doesn't want you to communicate with them.

Since a block is not permanent on WhatsApp, there may come a time when that person unblocks you and you can contact them again. Maybe they just need a cooling off period or a break. Maybe the block has nothing to do with you.

The methods I present in this article should not be used to harass another person. If you have been blocked on WhatsApp, it is very likely that your contact does not want to hear from you. For this reason, these methods should only be used to communicate with someone who has blocked you in case of a family emergency or other critical health or life-related problem.


HOW TO SEND MESSAGES TO A PERSON WHO HAS BLOCKED YOU ON WHATSAPP.

Having said a few words about harassment, there are three basic methods to send a message to someone who has blocked you on Whatsapp. None of these methods are foolproof and if the person really doesn't want to hear from you, you can also block these methods.

SEND A MESSAGE BY SMS

The first method is an obvious solution, but one that many people forget. While millions of people around the world have stopped using SMS to communicate with friends and family, all smartphones still have the ability to send an SMS number.

Since WhatsApp contacts rely on the device's phone number to add and store users on the device, it's incredibly simple to go to the device's SMS app and send a text message to the contact who blocked you.


If you had them as a WhatsApp contact, you have their phone number. While you've most likely been blocked completely, both on and off WhatsApp, it's worth trying to send a message to the user you're trying to contact.

The next method is by using group messages on WhatsApp. This is probably the most stable of the three options for contacting a blocked user on WhatsApp, because there is really no way to block a user from communicating with you in a group message.

While you can easily block a person by cutting off all communication between you and that person, there is no way to block a user within a group chat on WhatsApp. It sounds like a strange omission on WhatsApp's part, but it's something you can use to your advantage.

To participate in this workaround, you will need a friend willing to start a group chat involving you and this other person, who is in contact with the user who blocked you. (You can also do this with the new account you set up in the third option, presented below).

It's a little strange that group messaging still allows blocked users and the contacts who blocked them to communicate with each other, but it's a valid way to make one last attempt at conversation.

The third option is to create a new WhatsApp account. WhatsApp relies on your phone number to add and send messages to the service. At the same time, WhatsApp also gains access to the contacts in the device's contact list, regardless of whether the device uses the same phone number as the account or not.

So, what you can do is create a secondary account using a secondary phone number. This is based on the fact that you already have the other person's contact information stored on your phone, as well as their ability to subscribe to a service like Google Voice.

The first thing you need is an alternate phone number. There are many applications that provide you with new or temporary phone numbers, and our personal favorite is Google Voice. When you sign up with your Google account, you will be given a new number based on your location.

Unfortunately, Google Voice can only be registered from the United States at this time. There are online guides to help you access Google Voice numbers outside the U.S., as well as alternate number services that are based on your home country.

If you are outside the US and do not have the ability to use VPN and IP masking to sign up for Google Voice, feel free to select your preferred secondary number service from any reliable online site. There are many.

Once armed with your new number, you are ready to start setting up a new WhatsApp account. We'll be using the Android version of WhatsApp to test this service, so keep in mind that your mileage may vary on iOS or any other operating system.

Start by logging out of your WhatsApp account completely. Alternatively, you can uninstall the app and reinstall it from the App Store or Play Store to secure a new listing.

Once you get to the WhatsApp login screen, you will be prompted for your phone number to register your account and verify your device. Instead of entering your current phone number, enter the secondary number you created through Google Voice or any app service of your choice.

Press the "Next" icon and WhatsApp will notify you of the number they are about to verify. Make sure you have entered your number correctly; after verifying that the correct number has been entered on the device, press "OK" to continue to the next step.

WhatsApp will then prompt you to automatically detect your verification code via SMS messages. While this is usually an easy method to skip, don't let WhatsApp do this.

The text will go to your Google Voice number and not to your device's SMS inbox, so WhatsApp will not be able to detect your phone's code. Instead, click "Not now" to send the code.

After receiving it in your alternate mailbox, enter the six digits in the device field. The device should automatically verify the number. You will be prompted to enter a name for your WhatsApp account (this can always be changed later; it is not a username) and once you have done so, you will be directed to your new inbox.

Once you reach this point, you can start sending messages to the user who blocked you on Whatsapp. It is worth noting, of course, that once the user understands that you have created a new account, they could easily be blocked again, so choose your words carefully before communicating with them.

Also note that you can use this sub-account to create a group chat between the sub-account, your main account and the person you wish to contact.

We really can't emphasize enough how important it is to use the above strategies only in emergencies. If someone has blocked you on WhatsApp, there is almost certainly a good reason for it, and you should be careful and not try to contact the person in any way.

That said, we've all had former friends or family members who drifted apart or left our lives, and sometimes it happens that we need to contact them to inform them about something serious or important that is not related to your relationship with them. If so, this can be an incredibly useful solution.