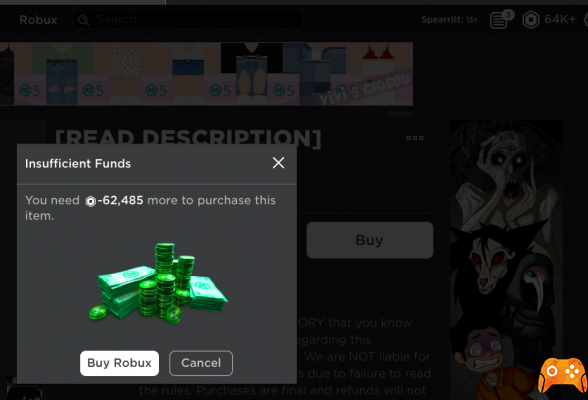 Over the last few hours he's been making some discussions about starting a real one class action against the developers of Roblox, accused by some users because of the ways in which the sales of content in the in-game store are managed.

The lawsuit started last year 25 Maggio 2021 from a Michigan man, John Dennis, and his son. According to what was declared by the man, the development team of the popular title encourages players to make purchases in the store for later steal legally purchased content from users. In fact, it would seem that the checks on the items offered for sale are made only at a later time and, in the event that one or more contents are not suitable, these are removed from the accounts that have purchased them. without the possibility of receiving a refund.

In the words of Dennis, sometimes these sudden removals occur without precise reasons: in fact, the case of the son's purchase of a pair of jeans for the personalization of the avatar is cited, which have been eliminated from the game although they did not present any trademark or other anomalies that could justify such a gesture by the developers. Man therefore believes that it is simply one ploy to increase revenue and for this reason he decided to start the class-action.


While waiting to find out how it will turn out, we remind you that thanks to the Roblox x Gucci event, players have spent thousands of dollars on in-game bags. Also recently, Roblox officially went public.

Roblox is Offline and does not work: the cause of the down has been found, problems being resolved ❯

add a comment of Roblox and the problems with microtransactions: a class-action is underway