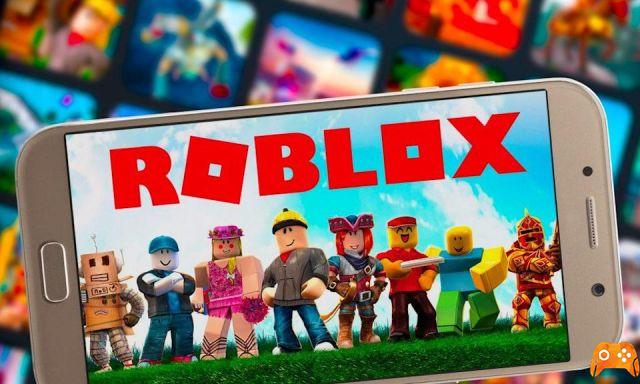 The hugely popular game creation platform Roblox has now become an experience creation platform, a definition changed by the project managers themselves probably in response to what is happening during the lawsuit between Epic Games and Apple.

Until a few days ago, all user-created projects were grouped under the "Games" label on the official Roblox website. The creators could manage the "games" thanks to an editor, and set the "maximum number of players". Well, now everything has changed: The "Games" label has been renamed to "Discover", even though the page address is still "roblox.com/games". Creators can now shape "experiences" and set a "maximum number of people", no more "players". The same thing now happens in applications for Android and iOS, although Roblox is still listed in the "Games" category of their respective stores.

A spokesperson for the Roblox team explained to The Verge that "the term 'experiences' is consistent with how the terminology has evolved to reflect the making of a metaverse", adding, "Roblox is an online community where people do things together in virtual worlds, and over the years we have begun to refer to these worlds as experiences, in order to best represent the wide range of immersive 3D places - from obbys to virtual concerts - that people can enjoy. together with their friends ".

The creators of the platform have been using the term "experiences" for a long time, but the change in terminology on the site and in the apps only took place after Roblox was brought up in the Apple vs Epic Games trial. During the legal battle There have been several debates on the meaning of video game: Epic intends to prove that Fortnite is a "metaverse", not a simple video game, with the aim of extending the scope of the process to the entire App Store, not to limit it only to the sphere of video games. Apple, for its part, wants to prove that Epic is a simple game separate from conventional apps, and defend their decision to ban "a store in a store", which is what it did by removing Fortnite and its in-game store from the App Store.

The Roblox issue is controversial: it is halfway between a great social game, a game engine and a sales platform. Users launch individual experiences created by other users, within the same platform. These experiences, until a few days ago called "games", can also be sold. Among the creators of Roblox there are even actual development studios, which sell their creations within the platform. Apple has always been aware of this smoky situation, but Roblox has quietly gone through the certification process, unlike Fortnite which has been banned.


Epic Games pointed out this discrepancy in the attempt to demonstrate the superficiality of Apple's certification process, but the latter explained that those of Roblox are not games, but experiences, since they do not have a "beginning", an "end" and "challenges". Furthermore, the Bitten Apple points out that the experiences in question are stand-alone, but contained in the same Roblox code. A few days after this debate, the managers of Roblox removed all references to "games" from their platform: coincidence?

Roblox not working: problems with the servers Saturday 12 February ❯

add a comment of Roblox doesn't make games, says Apple: the people in charge of the platform agree