What happens when you block someone on Facebook Messenger 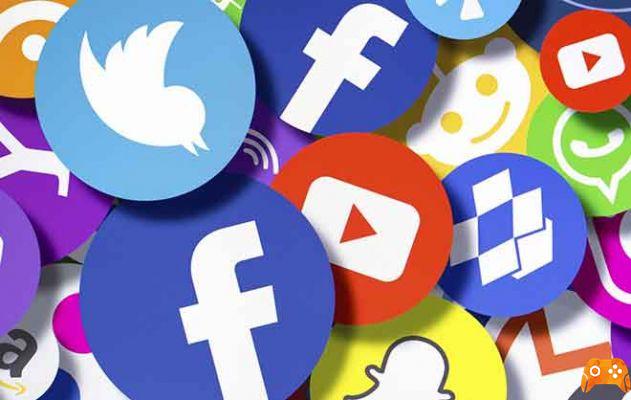 People change. One day you are their best friend and the next day you no longer want to hear their name or see their profiles online. Many use Facebook Messenger extensively to chat with friends and family. What if you no longer want to keep in touch with someone on Messenger? Typically, just blocking the person. But what happens when you block someone on Facebook Messenger? Can they see your status online? Can they call you? We will answer all these questions in this post, then we will tell you what happens after blocking someone on Facebook Messenger. Let's get started right away.

If I block someone on Messenger, can they send me a message?

No. When you block someone, that person cannot send you messages. The same goes for you too. It means that you too lose the power to send messages. When you open the message thread on both sides, you will find the text box, camera icon and other things missing from the bottom bar. Instead, you will be greeted by the “You can't reply to this conversation” notification on mobile devices.

On the website, you will see the message “This person is not available”.

Can a blocked person call me on Messenger?

Again, the answer is no. Blocking someone on Messenger interrupts all kinds of interactions with them. Fortunately, unlike the block in WhatsApp where you still see the call buttons, Messenger hides the audio and video call buttons for both sides.


If you block someone, you remove the conversation

No. Blocking someone will not delete the conversation thread from either side. In other words, old conversations will remain in Messenger and you will be able to read them until you manually delete the chat thread.

Is the online status visible for blocked contacts?

Even if you decide to keep the person's chat thread blocked, you won't be able to see their current or last active status on Messenger. Neither is the blocked person.

What happens to the Stories?

The Facebook and Messenger stories are similar but different. If you post on one platform, it is automatically posted on the other platform as well.

What happens to the groups

Group chats remain unaffected if you block someone. You will both be able to see messages from each other in groups. However, Facebook will let you know when you join a group that has someone you've blocked on Messenger as a precaution.

When you block it, is the person notified?

No. The other person will not receive any notification of any kind. However, they will lose the ability to text or call you as we said above.

If you think that blocking someone on Facebook or Messenger is the same thing, my dear friend, you are wrong. Both are two separate things. From the very beginning, when you hit the block button on Messenger, you will be asked if you want to block only their messages or block them on Facebook as well.

How to know if someone has blocked you on Facebook Messenger?

To keep things private, Facebook doesn't inform or make it really clear that one has been blocked. However, errors such as "This person is not available at the moment" or "You cannot reply to this conversation" indicate that you have been blocked. But again, this isn't an accurate way to know if you've been blocked. This is because you may sometimes get the same notification if the person has deactivated their Facebook account.

Another way to know if you've been blocked is to ask a mutual friend. If they can send messages to that person, then you were right: you have been blocked.

What happens if I unblock someone on Messenger?

Unblocking the blocked person will remove all restrictions and you will be able to interact with them on Messenger. This means you can text and call them, view their online status and stories.


Do I get lost messages after unlocking on Facebook Messenger?

Since neither side can message each other when either side has been blocked, there is no way to retrieve messages after they have been unblocked.

How to unblock someone on Messenger

Here's what you need to do.

To block someone on iPhone and Android apps, follow these steps:

Step 1: start Facebook Messenger and open the chat thread you want to block.

Step 2: tap the person's name at the top.

Step 3: on the next screen, tap Block. You will have two options. Tap on Block messages.

For this, start Messenger.com. Hover over the contact you want to block and click the Settings icon. Select Block messages from the menu.

To do this on mobile apps, follow these steps:

Step 1: launch Facebook Messenger and tap the profile picture icon at the top.

Step 3: Tap Unblock next to the person you want to unblock.

Blocking is a strict way to avoid people. Think carefully before blocking someone. Fortunately, Facebook provides other alternatives to stop communicating with others. For example, you can turn them off or ignore them. Like blocking, in both cases, the other person will not be notified.

What happens when you block a person on Whatsapp ❯