What is TikTok and what is it for? 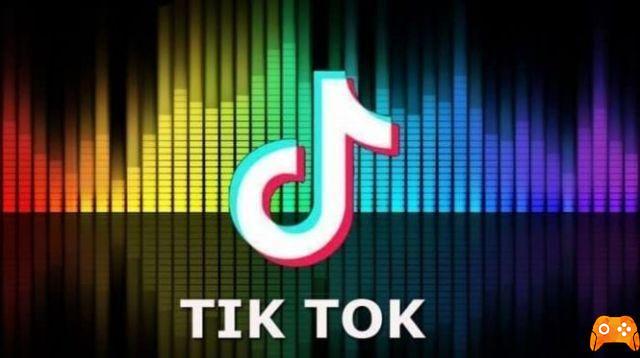 
When it looked like the social networks could no longer surprise us, China has given birth to a new surprise, one new application, Tik Tok, which, after having devastated the Asian giant, started gathering followers for the rest of the world, resisting the monsters of the great of the sector.

Over one billion downloads worldwide for both iPhone and Android phones. Tik Tok is the latest revolution in the world of social networks. This new application, which has managed to surpass the download figures of other popular apps such as Facebook and Instagram, has awakened the audiovisual creativity of its millions of users around the world.

In Tik Tok the key is music videos. What is Tik Tok and what is it used for? Tik Tok is a'application full of videos of a few seconds in which users dance, sing or play with background music and of course the most creative are those with the most likes.


Besides being able to choose the most popular songs of the moment, users have a simple video editor to make their choreography more amazing.

The thing the better the filters

Dance, fun, ghosting or games: Artificial intelligence and augmented reality functions that you have no advanced editing knowledge are also available for you, you can create amazing videos with your friends.

Of course, users are creating fashions, and while many try to create original choreography, most follow trends or challenges and try to use the style or dance of the moment. As soon as you spend some time with the application, you start to spot the most repeating videos that everyone imitates.


For the rest it is like other social networks, with likes, chats to send messages with other users and accounts that accumulate a large number of followers, but instead of being called influencers, they are tiktokers.

However, there is one thing it shares with the Facebook giant, the dangerous use of personal data. The public that unites this social network are mostly young people, under 13 who have cost Tik Tok one fine of $ 5,7 million for collecting their data without their parents' consent.

This fine is the highest ever established by the United States Federal Trade Commission for a child privacy case and will have to pay Musical.ly, the Chinese company that developed Tik Tok three years ago.

It is not the only barrier of this social network, being an application created in China, the censorship of the government of this country has also fallen on it. We do not know if this affects the content that reaches users from European countries, but in the Asian country Tik Tok owners are now forced to censor user-uploaded videos according to the rules of the Chinese Communist Party.

This is Tik Tok, the new social network for creative people and without being ridiculous. We'll see over time if it keeps simple or if it continues to grow to unseat the all-powerful Mark Zuckerberg and his Facebook and Instagram networks.

TikTok: Is it safe for Children? How to Use TikTok Parental Controls

How to block someone on TikTok

What to do if Tiktok doesn't work on my Android phone

How to make your own sound on TikTok

How to use TikTok on PC

add a comment of What is TikTok and what is it for?