Best Memoji apps on Android to make your own Memoji 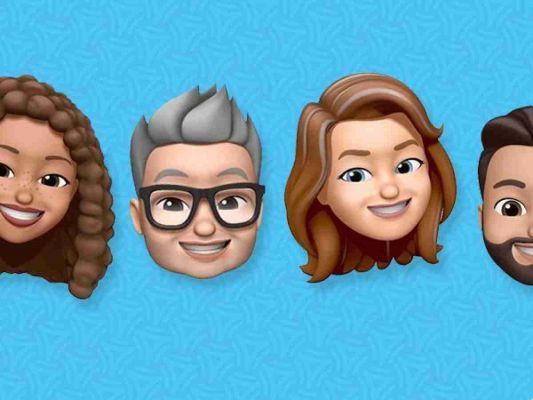 Are you an Android user jealous of the iPhone's Memoji feature? Here are the best Memoji apps on Android!

Do you have an Android phone and are you envious of your iPhone-owner friends sending personalized emojis of their faces? This is called Memoji and there are ways to achieve a similar feature on Android.

We will show you different methods and apps to get Memoji on Android.

Memoji is the name of Apple's iPhone feature that allows you to create an emoji that looks like you. You can build your likeness from different categories like hairstyle, eyes, head shape and so on. This becomes your Memoji.

You can then send this Memoji in iMessage to entertain friends and family. Memoji also uses the iPhone's True Depth camera to come alive and match your expression and mouth movements.

It is not possible to get an exact replica of Memoji for Android, but these are the methods that bring you closer.

You may be familiar with Bitmoji if you use Snapchat, as the same company owns both apps. It allows you to create a full body cartoon avatar. Interestingly, the Google Gboard keyboard offered its own alternative to Memoji, but it was discarded; now it only directs you to installing Bitmoji.

You can scan your face and Bitmoji will automatically create your likeness. Alternatively, try building your character from scratch. Once done, you can choose your clothes and see your avatar in all kinds of different situations.

Bitmoji integrates directly into Snapchat, of course, but a useful feature is that it also appears in Gboard's Stickers tab. This means you don't have to keep switching to the app while messaging - just send your Bitmoji like you would any other sticker.

For newer Samsung devices, the flow is more likely to be:

Go through the wizard: select your gender, customize clothes and so on. Once completed, you will find the emojis in the section Emoji AR .

When using the selfie camera, the AR Emoji will appear as an option at the bottom, along with the other filters. You can take pictures and record emoji videos that mirror your movements.

You can also choose from a selection of stickers and GIFs with your emojis appearing in different poses, which are great to use as fun reactions. These can be overlaid on photos or sent via the default keyboard in messaging apps.

Face Cam does not scan your face to create the emoji. Instead, you build it from scratch using the different categories. Select your hair, skin color, eye shape and similar characteristics.

Once created, the app works like a camera. But instead of seeing your real face, you'll see a giant emoji version of it. It will move like your face does and try to mimic your eyebrows, eyes and mouth as well.

You can apply color filters to the camera to get that perfect look. The app also allows you to choose from the photos in your gallery and apply your emoji face to them.

The free version has limited customization and puts a little watermark on your photos, but that's not a big deal. You can save the photos to your phone or send them directly to other apps.

MojiPop is an app that turns your face into a hand drawn cartoon and then applies it to loads of scenes and stickers. If you've wondered how you would be sitting on top of a planet, dancing with a cat or in a famous painting, MojiPop makes it a reality.

The stickers are abundant and all animated, based on themes like friends, travel, love and seasonal activities like Halloween. Some content is locked behind a paywall, but there is more than enough free content to play with.

You can create up to three different emoji avatars. Some stickers include multiple people, so these other avatars will appear there. This means that you can send stickers to your friends which include both you and them.

MojiPop has its own keyboard, which makes using stickers in other apps a breeze, but it's not worth using. Instead, you can share the emoji directly from the app itself, by sending it directly to your gallery or other apps like WhatsApp and Facebook.

EMOJI Face Recorder is the equivalent of iPhone's Animoji function. It doesn't let you turn your face into an emoji like Memoji, but we include it here as an alternative.

Instead, this app lets you select from a variety of funny creatures and emojis, like a unicorn or sunglasses emoji, and then mimics the movement of your face. Start thrilling and it will copy you.

You can also change the background color of your recording. For example, you might have your octopus face floating in space.

Face detection is a bit hit and miss. Although he moves with his head and mouth, some finer movements (such as blinking) are not accurate. However, it's still good for some fun.