Cris Tales, the title of Dreams Uncorporated published by Modus Games, since the announcement trailer was told as a homage to the most classic JRPG of tradition, from Chrono Trigger to the first 6 chapters of Final Fantasy, with a wink at more modern versions of the genre, such as Bravely Default or Persona 5, all seasoned with a stylistic imprint of character.

The question is the usual: what has succeeded in the intent and what, possibly, not?

As always, we start from the very first impressions once the game is started, and with Cris Tales we can only start from the graphic style: it is immediately clear that we are faced with something fresh and eccentric, an aesthetic identity that masks the own influences, managing to make us feel disoriented in front of what we have in front of our eyes: every character and enemy is excellently cared for, the city through which we navigate is detailed and its spaces and ravines can be recognized; in short, the first impact is certainly excellent, even before taking control of Crisbell, the girl we're going to play. 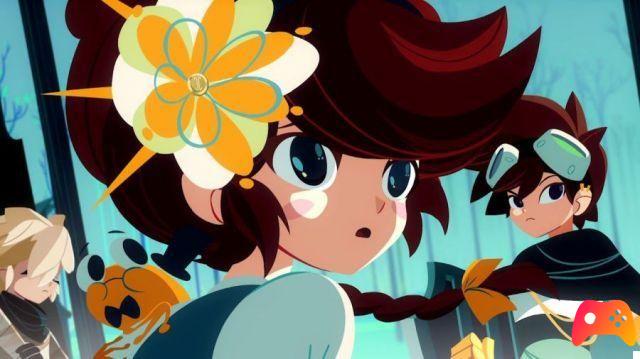 The game immediately catapults us into the middle of a fight, with an “in media res” that surprises us but not without a bit of estrangement. Thanks also to a very clear UI (which somewhat refers to Persona 5) it is almost immediate to understand the game core of Cris Tales, at least at the combat system level: we can choose between a physical attack, the use of a skill or an object, passing the turn, or fleeing; in the case of Crisbell to all these actions is added the power derived from the use of the crystal of the past and the future. 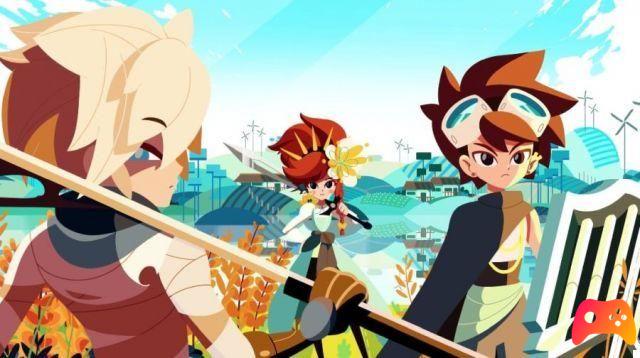 This power, an effort of innovation by the Dreams Uncorporated team and which is presented here as a pillar of experience, delivers the ability to move enemies forwards or backwards in time which are respectively to our right or left: by doing so we can, for example, speed up the harmful effect of a poisonous blow, making the attack in the present and skipping the victim in the future, as we can instead push a powerful enemy into the past to do so regress to a much milder version of oneself, with its stats diminished. 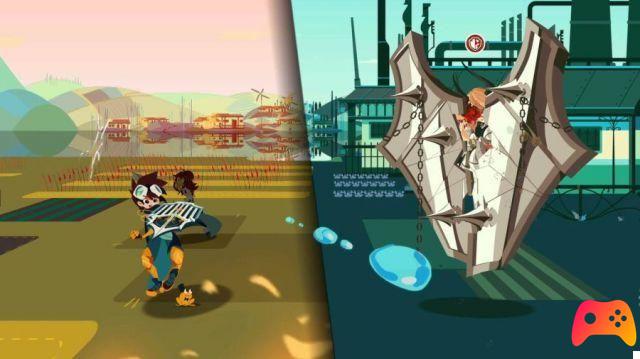 After learning the basics of combat, a flashback at the beginning of the story tries to better explain what is happening, giving us a smattering of the narrative skeleton of Cris Tales. The incipit is a reflection of the stylistic originality of the title, but in a few bars it is partially opacified by the déjà vu of the context of temporal manipulation that gives power to the protagonist.

The premises for a memorable story are there, but they are not fully exploited, a crime of which the aesthetic style is perhaps an accomplice which, in combo with a dubbing that is perhaps too tending to the cartoon, tends to distort the maturity of every discourse involved and of every potential fragment of environmental storytelling.

From here Cris Tales continues on rather predictable tracks for the next 25 hours or so: there are random encounters, there are the save points to possibly rest at, there are secondary quests, in short, all those elements that we now know even outside the context JRPG.


Each of these, however, puts on stage all the “weaknesses” of the JRPG structure which, in spite of itself, must either be fully embraced or hybridized but with extreme attention, extremes between which Cris Tales is placed in the middle, not without some slips. 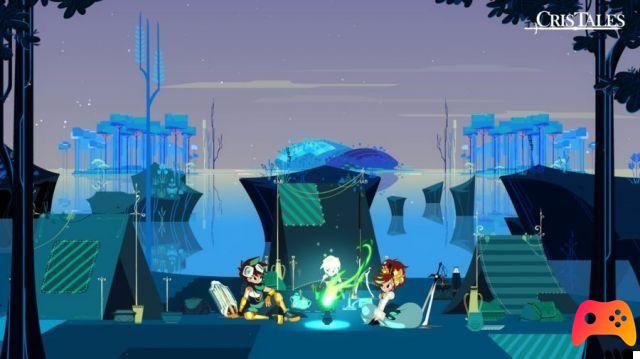 Random encounters, for example, do not disturb, but they do not show the attention that one would expect from a team capable of such a refined aesthetic style: forget in fact any early fight animation, à la Octopath Traveler or Final Fantasy, because Cris Tales will only give you a loading screen of a few seconds, a hiccup to experience that, by interrupting its fluidity so little gently, in the long run it gets tired. 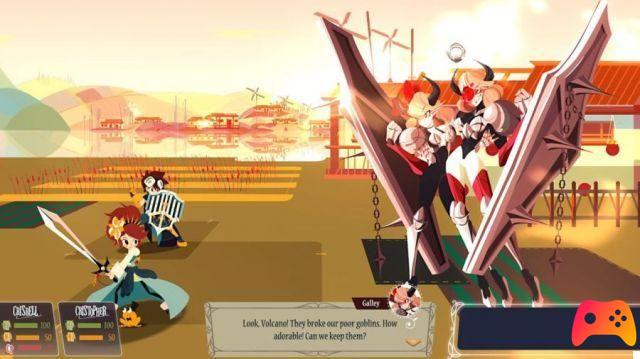 Some encounters are also brutally unbalanced, so much so that skipping them by running away from the fight is more profitable, so as not to force us to use precious potions or recover. In full respect for tradition, in fact, the save points (rare) that we will find around the levels DO NOT make us recover health or mana, which we can only do by using a tent or resting in one of the hotels in the city, without forgetting of course potions and the like, from use at will but sold by merchants almost as impossible to find as the save points.


Another thing that is respectful of tradition but which seems out of time is the management of side quests: these can be completed only before the final mission in the city, then becoming incomplete if not restarting the game.

There is another aspect in which Cris Tales reveals itself a half-successful effort: stylistic coherence If the cities and the "indoor" sections are well structured and quite memorable, the open-world through which we will often find ourselves navigating is so bare that it seems the child of a different game, as if it were a section that is still working in progress.

Cris Tales wants to be a tribute to the JRPG tradition but demonstrates that this is a genre that must either be respected in all its characteristics, with the relative risks, or hybridized but with conscience, as Octopath Traveler and Bravely Default have partly demonstrated. Cris Tales therefore, if on the one hand it presses the accelerator on stylistic identities and mechanics of manipulation of time, on the other it fails to sustain the promises with coherence, showing a relatively fragmented identity, halfway between excellent premises and mediocre achievements. That said, it remains a perfectly enjoyable and content game (we are talking about about twenty hours of content), a promising springboard for a game dev team that is clearly finding its balance and its signature. In short, Cris Tales is an excellent first step for the guys of Dreams Uncorporated, and we can only suggest you support them.

Do you want to be an expert and know all the tricks, guides and secrets for your video games? Epictrick.com is a group of video game enthusiasts that want to share the best tricks, secrets, guides and tips. We offer the best content to be a source of useful information, so here you can find guides, tricks, secrets and tips so you can enjoy your games to the fullest. Are you ready to get all the achievements of that game that you resist so much? Enter and enjoy your favorite video game to the fullest!
Dungeons & Dragons: Dark Alliance - Review ❯