Review for Assassin's Creed Valhalla. Game for PC, PlayStation 4, Xbox One, PlayStation 5, Xbox Series X and Google Stadia, the video game was released on 10/11/2020
Version for PlayStation 5 from 19/11/2020

After the vicissitudes of Eivor in Ireland, the path of the most famous Viking of recent times continues, this time on the road to Paris. Ubisoft released the second Assassin's Creed Valhalla: The Siege of Paris DLC just a few days ago. This is the second "big" DLC announced by the French company, which inserts a new big piece on the game world map together with a new story arc for Valhalla.

Between rats and war

Once we arrive on French territory, to help yet another Viking team in search of allies, we will see a Paris in total chaos: the continuous guerrillas between the Vikings and the royal army have put the Parisian territories to fire and sword, the population suffers but is loyal to their king, although in the environment of the court you can feel the air of a real schism between the king and his general Odo. Sigfred, the Viking leader based in France, has no particular affection for the local people, since they have slaughtered his brother with deceit and without any mercy. Faced with Sigfred's ruthlessness, Eivor will have to try not to transform the siege into a blind conflict, in which victims are made without any regard, even women and children. The narrative plot will ensure that in the role of Eivor we will meet various historical characters, each haunted by their own ghosts or their responsibilities. The main component of The Siege of Paris should be precisely that narrative, considering that from the point of view of the gameplay there is very little new, namely the missions that will be assigned to us by Pierre, one of the advisors of the "rebels". 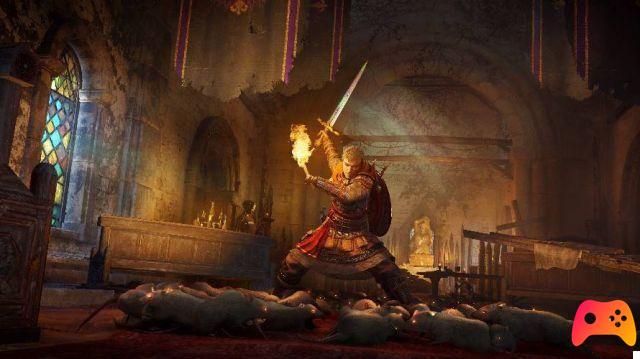 The plot, however, is not particularly inspired: some characters seem to start very well and then get lost in the succession of events, a real shame. Our choices, however, will be able to modify, even if slightly, the ending of the narrative arc even if not enough to make it "replayable" in some way. 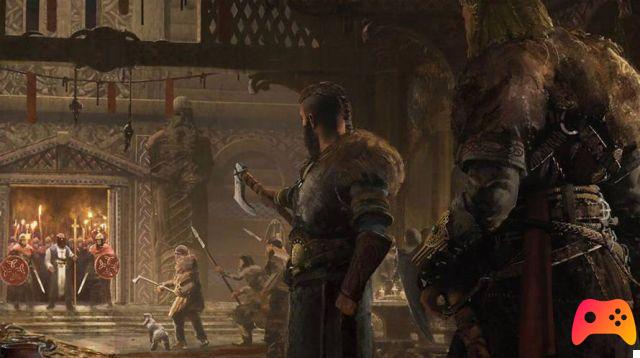 There will be in The Siege of Paris two main innovations: rats as a new "enemy", for which special skills have been introduced, and the already mentioned Pierre's missions. Regarding the dear rodents, these will infest the underground Paris, proving to be quite annoying in some places: to avoid them it will be necessary to use baits or push them towards the manholes and temporarily clean up the area, on pain of death. This is a small novelty but quite characteristic, especially given the circumstances in which the Paris of the time finds itself.

Much less inspired instead are the secondary missions that will see us flank the rebels of the crown. In the various French territories there will be bases where we will be able to accept various missions to undermine the plans of the French army and increase the degree of “Infamy”, thanks to which we will be able to strengthen our troops. However, these have often turned out to be more of a facade than anything else: during the carrying out of the aforementioned missions, the expected aid is often not useful to the cause since it is a stealth mission. Other times we have also happened to assist the AI ​​to misfire, making the rebels stay planted in their hiding places without lifting a finger: certainly not a pretty sight.

The potential of a DLC like the Siege of Paris was very high. What it materialized in, however, does not give any credit to what it actually could have become. AI at times non-existent, revealing the "novelty" of the allied troops in fact non-existent, a narrative plot that could certainly aspire to something more. From every point of view, The Wrath of the Druids seemed superior to us: characters, side missions and setting. The siege of Paris is certainly an extra piece to the Eivor epic, which adds depth to the character, but it is certainly not indispensable.

► Assassin's Creed Valhalla is an Adventure-type game developed and published by Ubisoft for PC, PlayStation 4, Xbox One, PlayStation 5, Xbox Series X and Google Stadia, the video game was released on 10/11/2020
Version for PlayStation 5 from 19/11/2020

add a comment of AC Valhalla: The Siege of Paris - Review