BioShock Evolution: A Fan Makes a Remaster in Unreal Engine 5

The Irrational Games title is polished with the new Epic Games graphics engine.

A movie released on Youtube by the modder noodlespagoodle shows BioShock: Evolution, a Remaster Fan Mod made in Unreal Engine 5 and showing the Irrational Games masterpiece in a new light, thanks to the power of Epic Games' new graphics engine:

The short movie takes us back to Rapture and, as suggested by the modder himself, it follows his previous work called “Bioshock On Unreal Engine 4” of 7 years ago. BioShock revisited with Unreal Engine 5 definitely makes a good impression and does not suggest that the original title came out 15 years ago.

The modder's project is not about a complete review of BioShock in Unreal Engine 5 but is limited to a short portion of the game which, although appreciated by fans, will certainly not lead to a complete work on the title. It should also be noted that Take-Two Interactive may not take this well, requiring a forced removal of this material. 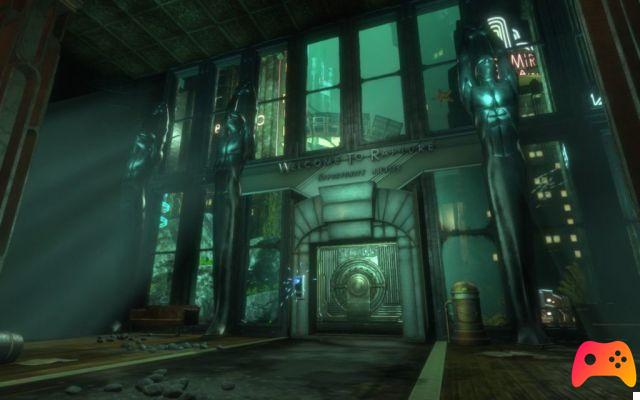 In any case, BioShock, originally released in 2006 on Xbox 360, PC and PlayStation 3, already had a remastered version of it in 2016 (included in BioShock: The Collection) and is unlikely to have a new official reinterpretation.

Do you want to be an expert and know all the tricks, guides and secrets for your video games? Epictrick.com is a group of video game enthusiasts that want to share the best tricks, secrets, guides and tips. We offer the best content to be a source of useful information, so here you can find guides, tricks, secrets and tips so you can enjoy your games to the fullest. Are you ready to get all the achievements of that game that you resist so much? Enter and enjoy your favorite video game to the fullest!
Battlefield 2042, Test and Cross Play ❯

Ubisoft apologizes for a "macho" video

Add a comment from BioShock Evolution: A Fan Makes a Remaster in Unreal Engine 5