Activision has released a new trailer dedicated to Call of Duty: Vanguard. The new trailer "Der Anfang" introduces the Zombie mode which will provide an “alternative” version of the single player campaign.

As you can see from the trailer above, the zombie campaign brings the player into the midst of Nazis, occultism, zombies, leading the player to deal with Oberführer Wolfram Von List and his desperate attempt to gain superhuman power. The story unfolded in Call of Duty: Vanguard's Zombie mode is closely linked to that of the Dark Aether saga seen in Black Ops Cold War. 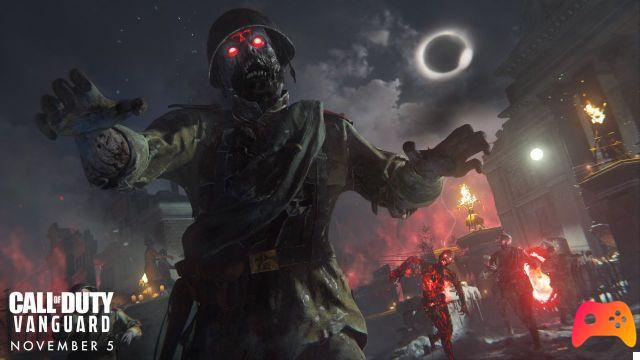 Treyarch confirms that the zombie mode present in Vanguard is more focused on the supernatural aspect and we have related it to the universe of the Dark Aether, trying to create an interesting story to follow and self-conclusive. The director also confirms: "Starting December 2, new Zombie content and features will begin rolling out in Vanguard."

Do you want to be an expert and know all the tricks, guides and secrets for your video games? Epictrick.com is a group of video game enthusiasts that want to share the best tricks, secrets, guides and tips. We offer the best content to be a source of useful information, so here you can find guides, tricks, secrets and tips so you can enjoy your games to the fullest. Are you ready to get all the achievements of that game that you resist so much? Enter and enjoy your favorite video game to the fullest!
Call of Duty Warzone: Anti-cheat announced ❯

Pokémon Sword and Shield: announcement soon on the second DLC

Add a comment from Call of Duty: Vanguard, unveiled a new trailer