In the last guide we juggled an ancient starving dragon, the Hungry Dragon. We could open the door of the Infamous City and approach to ring a Bell of Awakening, but the perched town owes its name to a particularly felt difficulty, also due to a frame rate that has been fixed only with Dark Souls: Remastered.

If we went up the Depths and did what is considered the standard Dark Souls course, at least for a first run, that is to say starting from Village of the Undead and touch the sewers only later, then in this case we should see another boss, generally the according to who is challenged during a "normal" adventure (the Goat Demon is the fourth / fifth, followed by the Hungry Dragon) and therefore where the "real" difficulty begins, putting a strain on budding players: the Bull Demon. 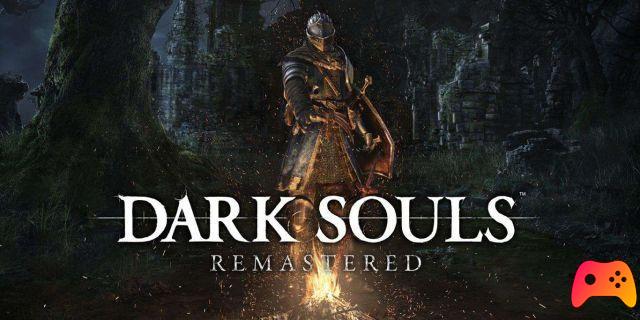 Not one of the most brilliant bosses in the game, both in gameplay and in intellect, the big brother of the Goat Demon is guarding a bridge that leads to the church where another Waking Bell is located. The Taurus Demon is a boss in the guise of a minotaur and is an optional boss, because he can be bypassed leaving him forever to his fate as a guardian (not so framed) with the universal key. Lordran has become the abusive home of these wandering demons, from which the undead vendor half-hidden at the beginning of the Undead Hamlet warns us. 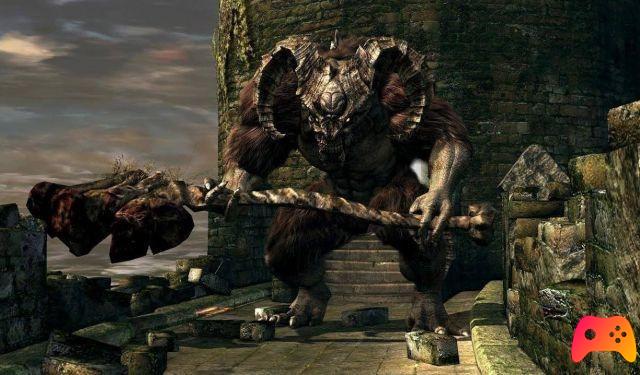 Il Bull Demon it is not a boss who appears immediately overcome the fog: we will have to get more or less to half of the bridge to see him boldly jump from a tower with his ax, eager to kill us. At this point you can use different strategies, but first of all watch out for your back! The bridge consists of another tower, the one we left behind, and above this tower there are two annoying crossbowmen. These undead must be eliminated, otherwise they will make the battle more difficult than it seems. taking into account also the narrow bridge over which the Demon Taurus barely passes.

Then run full speed back to where you entered and go up the le stairs on the left, which you most likely did not notice when you arrived. At the top of the tower take care of the crossbowmen, so the fight will be balanced one on one ... if you do not think for a moment that you are facing a bloodthirsty being wielding a double ax three times the size of you. The advice is to stay on the tower and make it your arena: the bridge is very uncomfortable, while the tower allows, thanks to a decent space, time to dodge. The Demon Taurus, at this point, will stand still for a few seconds to look at you, before remembering that he knows how to jump and reach you on the tower. Like all demon species, the Demon Taurus will take extra damage from weapons wielded by the Black Knights, but it's very likely that at this point in the game you either avoided them or were not blessed enough by the RNG upon their death.

Un very quick method to get rid of the boss, which can be considered "cheap", is that of jump on the bull with your sharp sword and deal a severe blow, as with the Wandering Demon. While it will recover, go up the stairs and repeat the process: in two or three shots it should be history.

If you want a more even match, let Demon Taurus go up and join you. From there he will delight you with his great forest of attacks (we make fun of him, but we see him as an old friend now). The pyromancer has an easy time against this boss, but whatever your class, leave the shield at home, since the Demon Taurus is a great training ground for learning to dodge. Watch out for the boss's stamina and attacks, which we list below:

Being the Demon Taurus a boss that will be recycled in the course of the game becoming an enemy "Minor" without any changes to the moveset, it is a standard enemy and does not offer many surprises, if not a first, hard impact with the world of Lordran.

Dissolved the demon and continuing over the bridge we will meet one of the most popular characters of the entire Dark Souls series, while if we proceed to the left we will meet an old "friend". 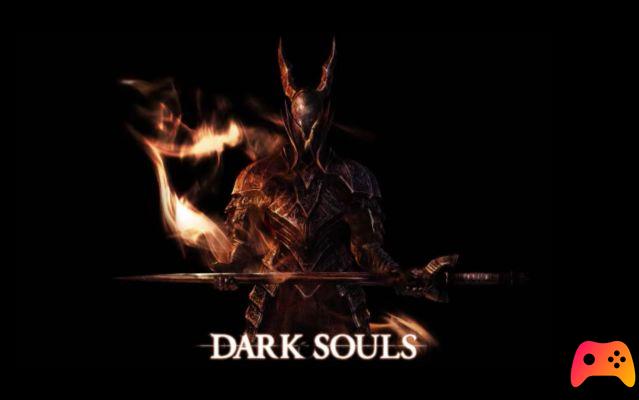 A bull demon in the Hamlet of the Undead and a goat demon in the dungeons ... who knows if the Black Knights of Gwyn, stationed in the Hamlet, reminiscent of their mission against demons but now empty, watch over these wandering beings, children of a witch who has played too much with fire and ended up getting burned… literally.