F1 2021 is the classic transition title that has claimed so many illustrious victims in the past. The FIA, in agreement with the teams, has approved the regulation regarding the new single-seaters that should have taken over from this season. The new cars conceived around the ground effect, in fact, will see the light in 2022 due to a pandemic. The regulation is practically identical to the previous season and the teams, in fact, are more committed to 2022 than to the current season, disputed with the cars almost identical to last year.

This has always been the worst case scenario for a software house, because due to the few regulatory changes the “rimmel” effect is just around the corner: last year's game, some cosmetic effects here and there, limited edition with the old glories of the past and off on the shelves at full price. How many times have we seen this happen? 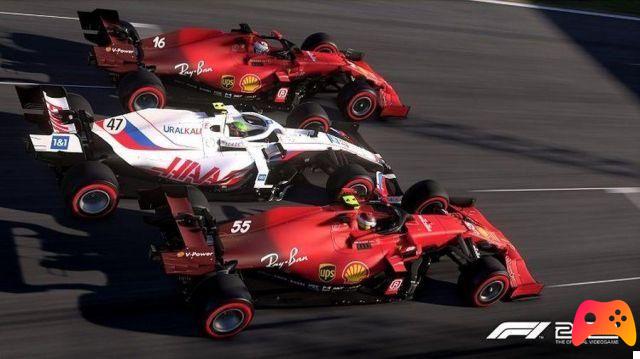 Don't worry, Codemasters (this year under the control of EA Sports) he did an excellent job. You can enjoy Formula 1 2021 on PC, PlayStation 5 and Xbox Series X, but also on old gen consoles such as PlayStation 4 and Xbox One X. Lots of news in every respect and a free update on the horizon that will add the tracks of Imola and Portimao. In addition to some implementations to the driving model, Codemasters presented the new Braking Point mode. Many small additions helped to package a very good title, waiting for the total revolution that will take place next year.


A question of Braking Point

The new mode called "Braking pointIs, in fact, a motorsport role-playing game. The developers of F1 2021 have set to work to package a credible story and definitely full of twists. In fact, we will take on the role of a driver who has arrived in F1 and who will have to juggle the paddock at 360 °. It will not be enough to go fast on the track, because the gameplay will put you in front of choices in the form of interviews and rivalries (do you remember Devon Butler?) That will heavily affect the continuation of the journey. The races are not the classic weekends, but they are real challenges in which we will be called to complete some objectives that are far from obvious, even if by selecting a lower difficulty, everything becomes within the reach even of those who do not chew simulators daily. 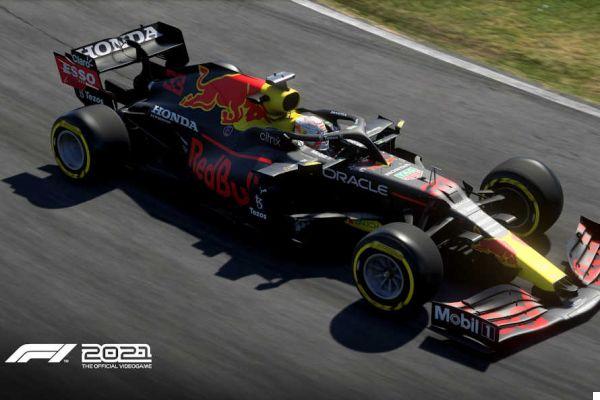 Obviously, there is no lack of ways that have made the brand famous. "Pilot career"And"Stable career“, Above all. The gameplay has been adapted to the new regulations, such as for example the ban on the famous "Party Mode", i.e. the possibility to change the engine mapping during the race. Therefore, there is no longer the possibility of selecting the various air-petrol mixtures and, being able to finish the race with enough fuel in the tank, has become a stumbling block to overcome. only and exclusively with driving skills. "Fast Race"And"Try in time”Have remained practically the same as in other years.


If you are a fan of thoroughbred simulators, F1 2021 is not for you: the dev's goal has always been to offer a product halfway between an arcade and real simulation. The driving aids really allow anyone to excel and, the game physics, it is not in all respects akin to reality. According to many, the cars have become "easier" to drive, but it is a concept from which we definitely distance ourselves: it is not the single-seater that is easier, it is the driving model that has considerably reduced the unexpected reactions of the car, thus making it more feasible to regain control after a mistake or an unorthodox maneuver. For the rest, the management of the tuning and the vision of the race they absolutely make a difference and these are not "trivial" concepts.

Watch out for damage!

If you are eager to imitate the deeds of Formula 1 drivers, exhibiting in doors and contacts "wheel to wheel", know that from this year life gets much more difficult. If until last year all that could happen was the breaking of the front wing, with Formula 1 2021 it is the whole car that can be damaged in a more or less serious way. If after a contact you realize that the car has suddenly become unstable, it is possible that the bottom of the car or some other aerodynamic component is irreparably compromised. Yes why the mechanics at most change the front wing at the pit stop, with all the other damages you will have to learn to live together throughout the grand prix. The alternative is a sad return to the garage or, in the most serious cases, parking in an escape route. 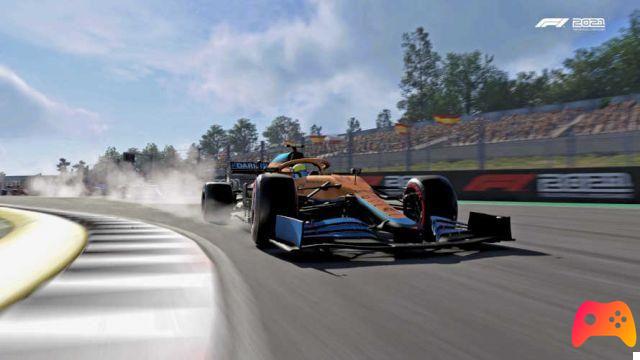 We tested F1 2021 on Xbox Series X and Xbox One X, in order to have a comparison on both old and next gen. The game confirms all the good shown by theEgo Engine over all these years, with support for 1440p @ 120fps alternating with the “canonical” resolution of 4K @ 60 FPS. The work done by the developers from a graphic point of view satisfies the eye without, however, bewildering. Especially on next-gen, although there are some touches of class - including ray tracing - the general idea is still very much anchored in the past, as is widely expected. From a graphic point of view, in fact, the real next gen title will probably be F1 2022.

In addition to a not exactly thrilling first impact, it should be emphasized that, especially in the most agitated situations, the game loses a few frames too many: nothing so devastating, but one would probably expect more from a production that should make fluidity its workhorse. Really nice, however, the work of motion capture made for Braking Point mode, really excellent. The audio, on the other hand, is very well done. The sound of the cars is very similar to the real counterparts and is easily distinguishable, for example, the Honda engine from the Mercedes or Ferrari. 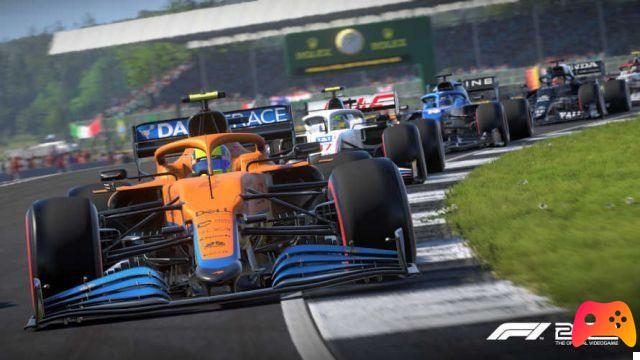 The online mode is the real beating heart of Formula 1 2021. The series has now become central in the eSport universe and more than a mode where playing online with friends is a real portion of the game with ranked races, Events and everything that makes up a world that is increasingly on the rise. Everything works beautifully, since the game's release the rooms have filled up and there are different events practically every day.

The development of AI deserves a separate chapter in this review. Indeed, the behavior of the opponents in the F1 saga it never shone that much in terms of race intelligence, not to mention that, very often, the game blames us when another driver literally comes on us. This year, unfortunately, there are stages of competition definitely grotesque: detached to the limit of the absurd by the opposing drivers, they force us to continually look in the mirrors, otherwise they will become the real "bank" on which to lean on to hope to make the curve. The same thing occurs when, to defend against our attack, the pilot in front of us tries attacks as absurd as they are impossible on a car in front of even thirty or forty meters. Staying out of trouble often becomes really difficult, not to mention that, with the new damage system, finding yourself with the car damaged and unmanageable almost always forces the withdrawal. The hope is that the developers will tune the algorithms better, because otherwise the risk of ruined races for no reason goes up enormously. 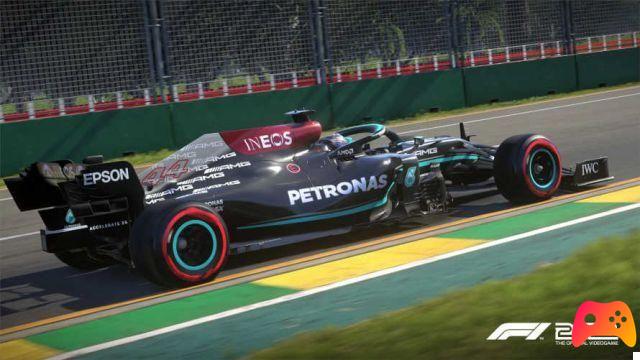 F1 2021 is a really well done game. It is absolutely not the "cosmetic" copy of last year's chapter, so if you are passionate do not miss it. While we await the release of the 2022 title, Codemasters' true test bed, there are really no reasons to continue on the previous game. Make it yours as soon as possible and you will not regret it at all.

► F1 2021 is a racing type game developed by Codemasters and published by EA Sports Electronic Arts for PC, PlayStation 4, Xbox One, PlayStation 5 and Xbox Series X, the video game was released on 16/07/2021