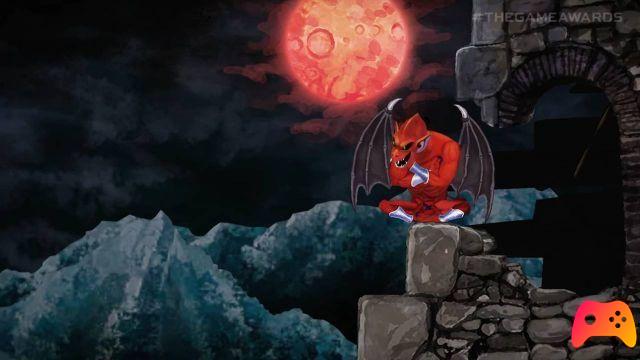 Review for Ghost 'n Goblins Resurrection. Game for Nintendo Switch, the video game was released on 25/02/2021

From the time of its release, it was clear that Ghosts' n Goblins was not going to be a passing production: born from the ashes of the never-too-praised Black Tiger, the Capcom headline had the honor of inaugurating a new line of platform game characterized by an incredible gross difficulty. 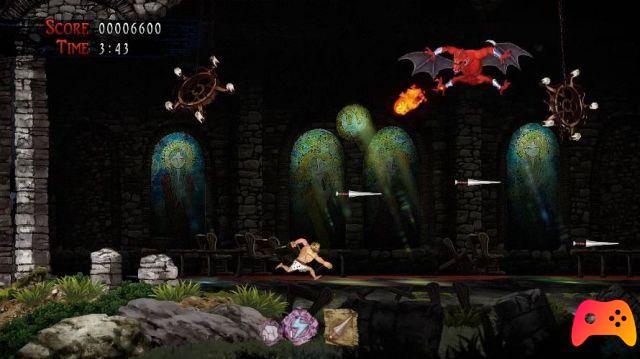 A sea of ​​clones shocked most of the platforms of the second half of the 80s, trying to capitalize on the incredible driving power of the founder of the cemetery franchise. The emblem of the brand's success is the large number of sequels and spin offs generated over time, the latest of which the one being reviewed, Ghosts' n Goblins Resurrection.

The new iteration of Ghosts' n Goblins, originally published a few months ago on the Nintendo Switch, arrives with its load of challenge and fun also on PlayStation 4, always through the never too acclaimed RE Engine that even on the Sony console manages to do the his interesting figure: while not representing a miraculous porting, considering the clear superiority of the hardware compared to that of Mario's house, Ghosts' n Goblins Resurrection manages to warm the hearts of the most nostalgic, giving newcomers a clean and cartoonish cosmetic look. The style used may not please everyone, but at least Arthur's strawberry underpants have been preserved. 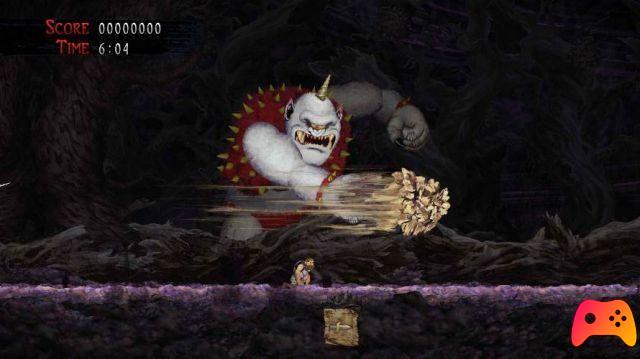 Cross and delight of this new version of Ghosts' n Goblins Resurrection remains the level of difficulty, which especially at the maximum levels could be extremely punishing for those not used to the genre. The game continues to continuously vomit specimens of enemy scum whose bastardism would be able to make even the most hardened of gamers lose patience, pursuing spawn patterns that are sometimes quite artificial and able to dramatically raise the possibility that commitment and pleasure for the challenge leave room for the most painful of frustrations.

Selecting an adequately high challenge level, fortunately, makes sense within the game economy, opening the door to otherwise inaccessible secrets at lower difficulty. Even the boss fights, basically interesting, in some cases seem really too exasperated to be really funny. Especially at the higher difficulty level, Ghosts' n Goblins transforms into a technically sumptuous trial and error experience, proving to be pleasant to play but excessively punishing in certain circumstances. 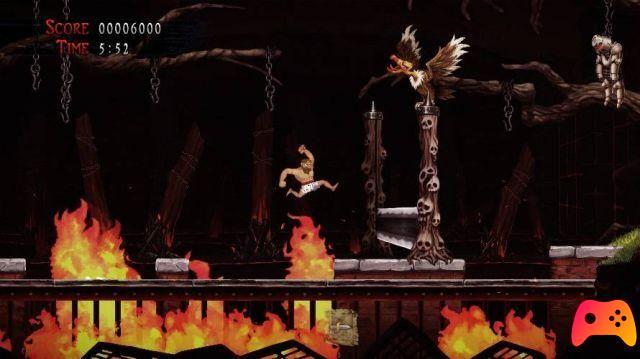 As per tradition, the tools by which it is possible to annihilate enemies are not lacking, with eight different weapons to support Arthur. The real breaking point with the classic Ghosts' n Goblins therefore derives from the possibility offered, during the adventure, to collect some fireflies that will allow you to unlock different skills and spells within an articulated skill tree. Needless to say, the correct enhancement of our hero will be quite fundamental, especially in the more advanced schemes.


Considering the complexity of the playful offer unveiled by the binary code of Ghosts' n Goblins Resurrection, it was essential to equip the game with a reactive and precise control system, and fortunately Capcom did not miss the objective, managing to package a work with a decidedly optimal input scheme.


Ghosts' n Goblins Resurrection confirms its status as a work halfway between the naked and raw remake and the most classic of the follow-ups: the level of entertainment and beauty that in some circumstances it manages to bestow is equaled only by its punishing difficulty. The choice to play the challenge card at any cost pushed Capcom to pursue the path of density, distributing along the various levels wagonloads of enemies and spawn points positioned in such a way as to transform a potentially harsh but satisfying gaming experience into a a real trial and error marathon, a choice that still delivers a gaming experience recommended to history for the toughest of adventurers and lovers of challenges.

► Ghost 'n Goblins Resurrection is a Platform-Adventure game developed and published by Capcom for the Nintendo Switch, the video game was released on 25/02/2021

Do you want to be an expert and know all the tricks, guides and secrets for your video games? Epictrick.com is a group of video game enthusiasts that want to share the best tricks, secrets, guides and tips. We offer the best content to be a source of useful information, so here you can find guides, tricks, secrets and tips so you can enjoy your games to the fullest. Are you ready to get all the achievements of that game that you resist so much? Enter and enjoy your favorite video game to the fullest!
Gigabyte announces its new M32Q Gaming Monitor ❯

Nioh 2: The disciple of Tengu - Review