He uses both Jungian and Freudian psychoanalysis and seeks to heal the most infamous dictator ever.

You are the psychologist of Hitler in 1925. Resolve the Führer's unexpressed and repressed traumas in order to avoid the holocaust and prevent mass genocide; your tools? Psychoanalysis based on the postulates of Carl Gustav Jung and Sigmund Freud. As you can see below, a @Viperwave twitter sparked discussions on several sites and on Reddit, giving rise to real diatribes after the user discovered this pearl for PC from the Steam platform.

Although we cannot fail to appreciate the intellectual and intelligent inspiration that is proposed, we feel we can dissociate ourselves from the idea of ​​developing such a title.

Jon Aegis tries them all after the publication of Heal Hitler to be able to make his project understood by pushing on the psychological aspect of his visual game, and has also carried out numerous researches to make the documentation on display as clear as possible. Despite this, however, we cannot but find ourselves in disagreement with the exploitation, albeit successful, of a drama of such proportions. 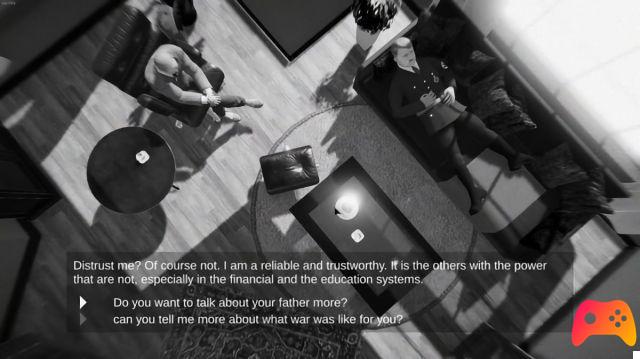 Perhaps Steam should have thought more about the green light for the publication of the title as well as the dev perhaps should have started with some less iconic subject in the negative sense.

Hideo Kojima: countdown to the State of Play? ❯

Add a comment from Heal Hitler: Psychoanalyze Hitler in a video game