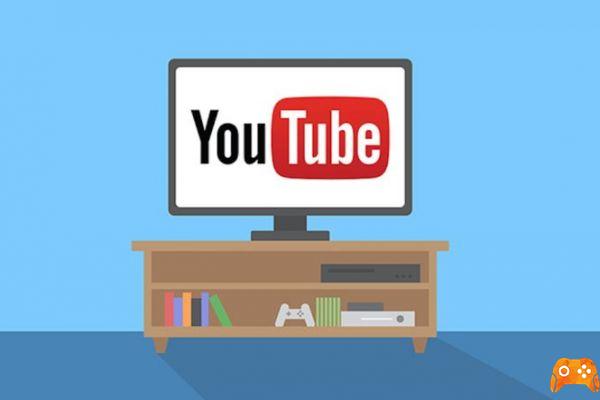 Want to watch free youtube series and movies? In this tutorial we explain how you can find free movies on youtube in 2019 and completely free. YouTube is the video streaming platform par excellence, and basically works as a social network where anyone can upload and share their videos on the Internet.


Or so it was at the beginning. Over time, videos have been joined by music clips, series, TV shows and even feature films.

It is true that YouTube abounds with all kinds of channels with pirated content, although Google strives to remove them as soon as possible. We also find a channel dedicated to movies called Movies on YouTube. But you can also find many full movies, legal and free.

They are titles in the public domain, or that have been donated by their creators. Or the distributor who owns the rights allows you to enjoy the film for free on YouTube as part of a promotion.


The copyright of a film expires 50 or 70 years after the death of its author. That's why there are many old movies that you can watch for free on youtube, including true classics like Métropolis, considered the first great sci-fi epic.

Let's take a look at the best youtube channels where you can watch free and legal movies. In addition, we will also compile specialized search engines that locate film completi your YouTube.

Last year, YouTube's paid subscription service, called YouTube Premium, has arrived in Spain. Among the advantages offered to users is the exclusive access to YouTube Originals content, which are the original series and movies of the platform.

The advantage is that you have the opportunity to enjoy a free month YouTube Premium requesting a free trial of the service at this link. This way, you can watch original YouTube movies and series legally and without having to pay anything. Remember to cancel the service at the end of the 30-day trial if you do not want to continue with the service.

Once you have taken advantage of the free one-month trial of YouTube Premium, the next option to find free and full movies on youtube is the most direct: use the YouTube search engine. Think of an old or public domain title and type it into the search engine with the tagline "complete movie". You can also use "completa en español".


If they are legal titles, you will almost certainly find them. If they are new productions, the videos may be muted or may be of poor quality.

When talking about free movies, there is no shortage of comments, a bit derogatory, such as "of course they are old black and white movies". This is partly true, because for a film to lose its copyright, decades must have passed since its release or its authors must have assigned their rights. But there are also distributors or producers who, in order to promote, post free movies or new/modern series on YouTube.


Producer Paramount opened a few years ago on YouTube its Paramount Vault, a channel where it offers free movies, where you can find relatively modern movies like Masters of the Universe or Hamlet with Mel Gibson.

If you like 20th century cinema, you will find a lot of material on YouTube, both in Spanish and English. There are numerous thematic channels full of old movies that have fallen into oblivion, either because their rights have been lost or because no one claims them.


Classic Spanish cinema contains some 800 videos with complete Spanish movies from the 1930s to the 1990s, including the great classics. There are also theatrical performances, television broadcasts, etc.

Do you like documentaries? On YouTube there are numerous independent channels full of public domain values. As we have said, they are the ones who no longer have the copyright, either because decades have passed since the death of its author, or because they donated them.

If you like horror movies, 80shorror.net stores nearly 400 scary movies from the 1980s, many of which are not commercially available.

If Western movies are your thing, Western Mania invites you to savor a handful of public domain classics like Lassie and a few episodes of Bonanza.

You may want to watch some of these free or public domain movies, but in some circumstances you don't have access to the Internet. If so, you can choose to download them to watch them temporarily on devices without an Internet connection. In this tutorial we explain how to do that:

How to find your friends on WhatsApp ❯

WhatsApp allows you to watch YouTube videos without leaving the chat

How to stream your Google Stadia gameplay to YouTube