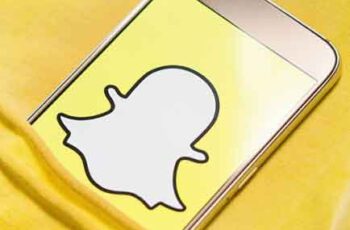 Snapchat is a popular social media application that has made its way thanks to its culture of user privacy. Sending snaps and no-trace messages, automatic deletion of content, and notifying users if a screenshot has been taken created some bizarre features.


If you are new to the application, there are many things to learn. Even the most experienced Snapchat users have questions about deleting messages. Snapchat messages are set to be automatically deleted after reading them (or 24 hours, depending on your settings).

Users can also manually delete these communications. So how do you know if someone has deleted a message you sent them?

This piece was prompted by a larger discussion on Snapchat which raised a few questions within the team. Even though most of the people are savvy users of social networks, there were still things they didn't know. Some of the questions that have arisen are listed below.


How to see Snapchat stories without them knowing

Identify when someone deletes your chat messages

Identifying when someone deletes your chat message depends on how it was deleted. If the user removes the chat after viewing it (or after 24 hours depending on the chat settings), it is considered normal functionality. You don't get a warning that the user has removed the chat.

However, Snapchat now allows you to delete a chat after sending it by holding your finger on the conversation and choosing the delete option. While you can remove a message for any reason (typo, wrong person, etc.), the other user sees that you have removed the message.

On the other hand, if users remove the entire chat history from the settings, this will not warn senders to clear the cache, mainly because it only clears the history of active users.

Manual deletion of chats in Snapchat

Of course, you can delete all chats and stories on your side, but not for the person on the other side of the conversation. Remember that manually deleting chat conversations before the other party receives them notifies them that a message has been deleted!

If you're spring cleaning and want to clean up conversations, you can clear the chat feed without worrying about other parties knowing.

To clean up the chat feed:


If you wish, you can delete your own stories as well. They self-destruct after 24 hours, but if you want to speed up you can do it.

This will delete it from Snapchat with immediate effect. If someone is already viewing it, they will be able to finish it as it has already been loaded for them, but once closed it will disappear.

You've probably noticed by now that Snapchat can be quite lax when it comes to notifications. Snapchat's brief nature probably plays a part in it; when the user base is already accustomed to communications disappearing within a day.

If users were notified about every other user's activity, it would likely lose its appeal over time.

We take a lot of knowledge for granted, especially when it comes to things we use every day. We can use Snapchat constantly, but as our discussion has shown, there are things we can all still learn.

If I remove someone as a friend, can they still see the last message I sent?

There are some third-party apps that claim to remove the message from another user's inbox. Unfortunately, they don't seem to work. As stated above, once a message is sent to another person, the server puts that message in their inbox, taking it out of your control.

A tried and true method to remove a message is to delete your Snapchat account. Depending on the content you've submitted, deleting your account is a drastic, but perhaps necessary, move.

Can anyone tell if you are forwarding their Snapchat to someone else?

No, Snapchat does not notify the creator of the original story that it has been forwarded to someone else. Snapchat tells them who saw it initially, but not what happens next.


Alphr tested it to make sure it is still valid and no notification was received when someone forwarded the Story to someone else.

Can you block someone's Snapchat story without removing them as a friend?

Snapchat gives you the ability to "silence" someone's story. Visit the offender's profile and tap on the three vertical dots located in the top right corner. Tap "Mute" so it turns blue.

Fortunately, Snapchat doesn't send an alert to another user if you deactivate their history or block their account. There are a few ways to know if someone has unsubscribed you from their Snapchat friends list. While there are no official ways for your friends to see if you've blocked them, there are some telltale signs.

You can also skip them. Swipe left when the Story appears and Snapchat will move to the next one. Socially this is a much easier and safer option, as it won't offend anyone and you don't have to explain to your friend that he can't find you on Snapchat anymore because you thought it was boring.

'Sorry! Cannot find username. ' Have I been blocked?

Surprisingly, only one of us has ever seen this message. This tells us that either we are all boring and harmless or that we have forgiving friends. So what is the message it tells us? If you see “Sorry! Unable to find username 'usually means that you have been blocked by that person.

Rather than telling you in plain English, Snapchat thought it would be a kinder disappointment if they just said the app couldn't find them.