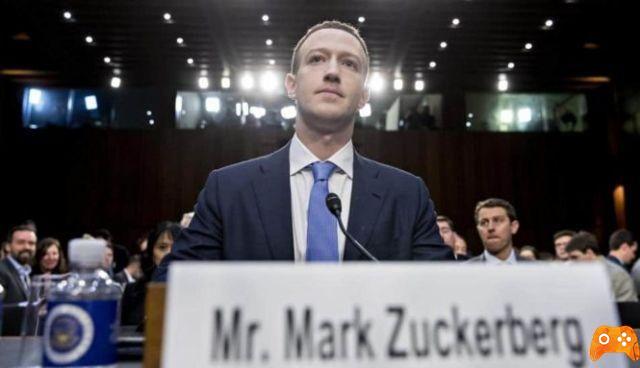 The new Facebook will be geared towards message privacy. Facebook founder and CEO Mark Zuckerberg has found the solution for offer users a more secure platform and thus improve their reputation e put an end to the problems of privacy and processing of personal data they have had with the company for the past two years.


How to stop Facebook from spying on your data

Through an extended note posted on Facebook, Zuckerberg provided details on future plans for the social network: a vision focused on privacy, In which the end-to-end encryption between the communications of its users is the main focus and the content generated will be ephemeral and private.

Undoubtedly, this new vision of the creator of the most used social network in the world radically changes the modus operandi that the platform has had since its inception, in which the generation of more open and public content is favored, but it brought big problems to the company and led Mark Zuckerberg to appear before the United States Senate and the European Parliament.

Facebook will be a more private platform with interconnected, ephemeral and encrypted messaging services

Facebook CEO Mark Zuckerberg has confirmed the plans that had been unveiled a few months ago on the interconnection of all the instant messaging platforms it owns: Messenger, WhatsApp and Instagram. However, he made it clear that will encrypt communications (following the WhatsApp model) and will give a more ephemeral stay in messages and publications. 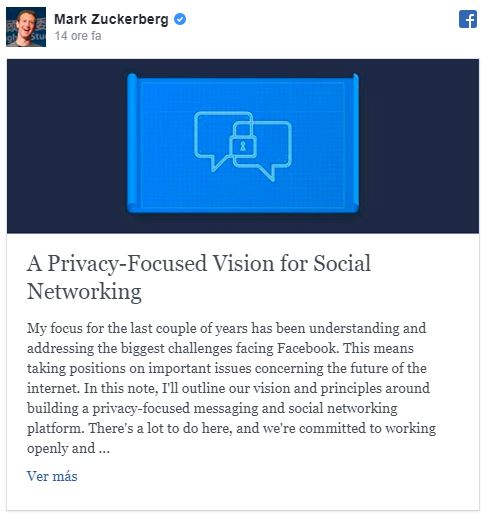 That is, a Messenger user can send messages to users of other messaging applications (WhatsApp and Instagram) and also send SMS, simply and securely - via end-to-end encryption - and will have the ability to set a specific time and have chats removed, (are destroyed along with all your data) then after a few minutes or seconds, such as Instagram Stories.

The truth is that Zuckerberg has not clarified when these changes will be available, but indicated that it doesn't take long. Furthermore, he has made it clear that later this year various experts in the sector will be consulted to express their opinion on the measures to be taken.


Likewise, he made it clear that he is aware that these malicious actions can do close to Facebook in several countries, so the company is ready to upgrade. It will also be important to see how Facebook adapts its new one business model to this new scheme, which is explicitly focused on open networks.


Another detail pointed out by the CEO of Facebook is that the company based in Menlo Park (California) it will not store confidential information in those countries with restrictions on the privacy of users' personal data and on freedom of expression.

For Zuckerberg, performing these actions means take responsibility for some of the most important problems affecting the future of the Internet. In short, we have to wait to see if the actions are actually implemented and if, as promised by its founder, Facebook begins to be more careful with the processing of personal data of its users.

From today you can activate the dark mode of Facebook Messenger

Marketplace does not work on Facebook: what to do ❯