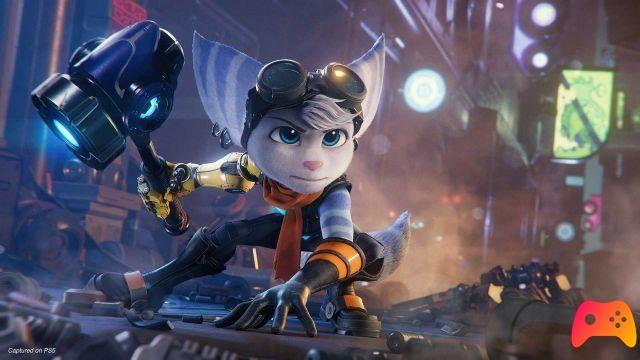 The absolute protagonist of the State of Play on April 29 was Ratchet and Clank: Rift Apart with its 15 minutes of gameplay

As pre-announced by Sony, the State of Play recently focused a lot on Ratchet and Clank: Rift Apart, showing 15 minutes of gameplay. The show focused almost only on the new Insomniac title with in-depth analysis of some of its features. In particular, the new protagonist was shown and the Dualsense Aptic Feedback functions were deepened.

But that's not all, in the 15 minutes of Ratchet and Clank: Rift Apart we could see a little bit of everything. New weapons, new planets, remixes of some familiar environments and several gatchets for Ratchet. It all ended with a new story trailer. As expected, the game is visually spectacular and seems to want to take a step further than the remake a few years ago and integrate new elements into the gameplay. The combat feels even more fluid and frenetic while the Playstation 5 specs will allow you to load entire planets without having any waiting screen! We just have to wait for June, when we can finally get our hands on the new Insomniac title!

Hitman 3 - Guide to the best weapons

PlayStation 5 no longer sells at a loss

Add a comment from Ratchet and Clank: Rift Apart - 15 minutes of gameplay