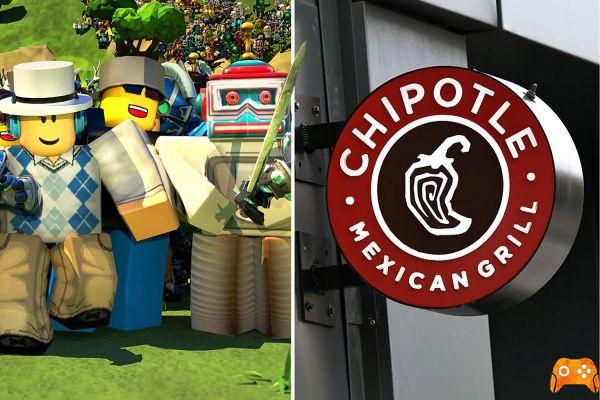 The serious problems with Roblox's servers that are preventing millions of players around the world from playing are still not fully resolved, and tempers are predictably heating up. As the developers continue to work on a resolution, gamers are taking it upon themselves Chipotle.

Chipotle Mexican Gril, for the uninitiated, is an American restaurant chain that in view of Halloween has partnered with Roblox to offer its players a total of 30.000 free burritos, worth a total of one million dollars. To redeem the coupon, you must go to a special stage called "Boorito" by October 31st. Well, although no precise data has been made public regarding the success of the offer, a large fringe of Roblox players is convinced that the malfunctions of the servers were born due to the high influx of people interested in promotion.

It's hard to believe that the desire for burritos is so exaggerated as to cause the collapse of an infrastructure accustomed to managing three million gamers at the same time every day, and in fact the developers themselves have thought of it. to disprove this theory. In the latest update entrusted to Twitter, the Roblox team clearly reported that "the collapse is not related to any specific experience or partnership"In other words, don't blame Chipotle. The causes of the problems, however, continue to be unknown.

Roblox is back online: all server issues fixed ❯

add a comment of Roblox Down: Players blame Chipotle for offline servers