You don't always have time to go on a multi-hour graphic adventure. Sometimes all we need is a simple and fun game to help us disconnect for a few minutes. And for that, there are few things better than casual games.

If you are looking for a title that you can play anytime, anywhere, today we wanted to select the best casual games for android that you can currently download. It is best not to lose sight of this list, as it will be constantly updated to include new titles. 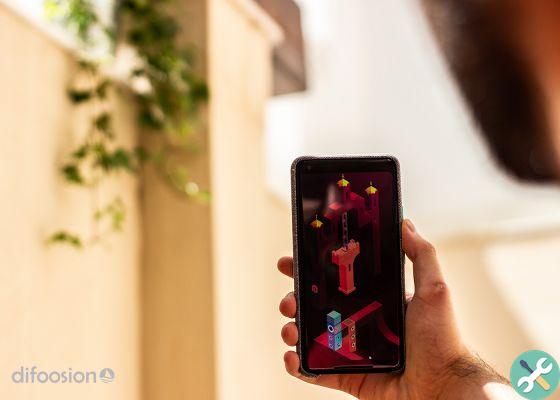 Monument Valley, a puzzle game that you absolutely must try.

The best casual games for Android

Even if it already has its time, Two dots is a very addicting and fun casual game that you can download for free on your android phone.

In it, it is necessary connect points of the same color to overcome the 2875 levels proposed by the game.

https://youtu.be/6AwkMVtpydwTre anni dopo il suo lancio, Super Mario Run is still the game that manages to revive the essence of the original Super Mario on our Android phones.

The concept is the same: complete the different levels overcoming obstacles and killing enemies, or have fun with the several minigames a which you can play for free before deciding if the full game is worth buying.

The Battle of Polytopia

Few games combine the better strategy with casual size. In this turn-based battle title, you have to choose a tribe and fight enemies, discovering new lands and learning to use new equipment.

Above all, this title is part of the collection of casual games without the Internet, so you can play offline while traveling or in areas with poor coverage.

Years later, this classic of the casual games for android continues to deserve a position among our best. In Smash Hit, you have to tap the screen to destroy obstacles and advance as far as possible. It sounds easy, but as you progress, it will become increasingly difficult to destroy all the crystals.

Another great casual game that you can download for free is Transmission, where you have to create transmission networks increasingly complex by connecting transmitters and receivers. The game has 70 levels in 7 different worlds, all designed with care and a minimalist aesthetic.

For some strange reason, you control in this game a horde of armed cats with which you have to destroy the enemies that stand in your way. To do it, you just have to touch the cat you want to attack with.

- classic chess, take yourself to a new level with this free casual game that, in the words of its creators, makes chess fun even if you're not good at it.

If you like to draw, Pixel.Fun2 is one of the most enjoyable games that you can play on your mobile to spend some quiet and calm time. You must only click on the numbers, selecting the corresponding colors, to color each of the elements that appear on the screen. It is undoubtedly one of the best games for kids around.

If what you want is a little more action in your spare time, Idle Slayer it could be what you were looking for. In it, you will complete the levels while kill the enemies that will hinder you. The best thing is you can play with both the mobile landscape and vertically.

A game so good it gets attention that it's free. Tank Hero is a casual multiplayer war game that puts you in control of a car armed to the teeth, with over 100 different skills to choose from and simple, intuitive controls. You can fight against the AI ​​or against other players from all over the world.

It was one of the best casual games for android for years and it's no wonder. In Dumb ways to die 2 you will have to complete each of the proposed levels avoiding die in the craziest ways you can imagine.

Another casual games for puzzle lovers it is Dots. Your mission will be to connect multiple colored dots in the shortest time possible, vertically or horizontally. A too addictive game with which you can spend hours and hours without stopping.

You can't get lost one of our free mobile game sagas. The two titles of the Alto series invite us in a peaceful world in which we will accompany the protagonist of this story, sliding down the mountain on his skis.