Ranking of the most played PC games in the world in 2021, among Among Us, Fortnite, Apex, Minecraft and other most famous titles of the last year 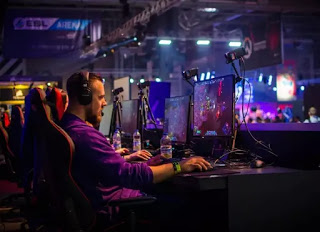 What are the delivery times? most played games in the world, best selling and most downloaded and with more active players (on PC)?
Following the trends and specialized blogs, it might seem that Fortnite is the undisputed number one, but it is not and this may surprise, also because the number one game in the world has always been the same for several years and does not show signs of giving up. In this updated article we go to discover the Complete ranking of the most played games worldwide on PC, those with more players, in 2021.
The estimate was made by counting that more than half a billion people around the world play video games every day, with about three billion hours of gameplay per week. Thanks to gaming platforms like Steam, PCs are a widely used gaming platform, less than smartphones, but practically on par with gaming consoles like Playstation and XBox.

Among the major companies that develop and sell PC video games, the number one is Electronic Arts present in the ranking with several titles, including "Apex Legends", one of the most played shooter games that surpassed even Fortnite.
The most played indie game (i.e. created by independent developers from large companies) is Minecraft, which today is owned by Microsoft, while the most played game in the world is the amazing Among Us.
The longest running series of PC games always remains Call Of Duty, with new episodes and war campaigns also playable in multiplayer.
GTA 5 it is instead the game, among those present in the ranking, more expensive in its development, practically like a Hollywood Colossal, costing as much as 265 million dollars (and also the one that has grossed the most)

From the ranking let's see then the most played games in the world on PC, including both free and paid games, almost all online multiplayer, of all genres.


1) Among Us, viral game of 2020 and still very played also on PC in 2021, with players from all over the world to compete to find the imposter.

2) Apex Legends, EA's Battle Royale game, has surpassed both Fortnite and PUBG and has become the most played on PC among the free ones.

4) Call of Duty: Warzone, the free multiplayer version of the most popular first person shooter ever.

5) Counter-Strike: Global Offensive the most played historical first person shooter from Valve, still among the best sellers on Steam today.

6) cyberpunk 2077, the open world game set in the dystopian world of Cyberpunk, with an exciting and very long story and Keanu Reeves among the protagonists.

7) Fortnite, the game that has been talked about the most in the last two years, dropped in this ranking, but still very played, especially because it is free and terribly addicting. As a genre, Battle Royale is a third-person shooter with 100 players together, where only one survives each match.

9) Genshin impact, Immersive free MMO RPG in a fantastic virtual world with Japanese manga graphics and players from all over the world (playing from PC and smartphone).

10 ) Grand Theft Auto V, with multiplayer mode, it is the best-selling game of the last 10 years.

11 ) League Of Legends was the most played game in the world For years. It is a free, multiplayer online RPG that is virtually infinite in its competition against other players.

12 ) Minecraft, the construction and survival game, which has created a truly incredible community by becoming one of the most played in the world.

13 ) Overwatch first person shooter game where you choose the hero and make him grow and fight against other players.

14 ) ROBLOX, more than a game, a platform for creating games for children that has become very popular among the youngest.

20 ) World of Warcraft, the most popular hero game ever, down but still in the top 20.

Do you want to be an expert and know all the tricks, guides and secrets for your video games? Epictrick.com is a group of video game enthusiasts that want to share the best tricks, secrets, guides and tips. We offer the best content to be a source of useful information, so here you can find guides, tricks, secrets and tips so you can enjoy your games to the fullest. Are you ready to get all the achievements of that game that you resist so much? Enter and enjoy your favorite video game to the fullest!
The Amazon game of The Lord of the Rings has been canceled ❯