What does it mean to raid and how to raid in Rust? Useful tips

What does it mean to raid and how to raid in Rust? Useful tips

Getting stone, minerals and wood in Rust isn't the only thing we need to do to survive. In fact, raid is another mechanic we need to master in order to keep moving forward.

Raiding in Rust is nothing more than invade other people's territory for the purpose of obtaining resources or limiting the advancement of others. It is a tactic hated and loved by users, in fact today it is sometimes necessary, but this is a separate matter.

Rust is an intense game and making a good Raideo is something you learn with practice. In turn, keep in mind that other users can invade your base, in other words, others can also raid your territory and your belongings.

What are the bases for making a good raideo?

There is no right or wrong way to do this, but it will definitely depend on the circumstances. Some people prefer come by surprise and use explosives or noisy elements to make the Raideo as quickly as possible. 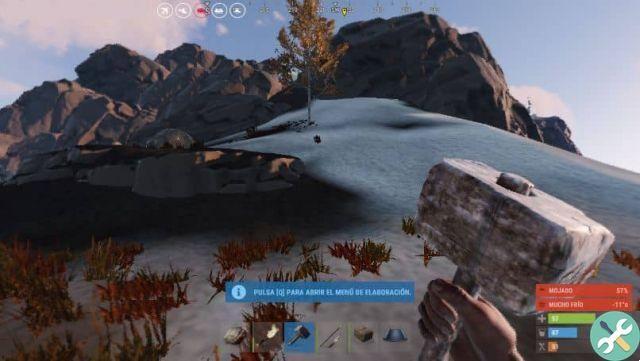 In any case, one of the most important aspects to consider is whether the base is inhabited or not. Making a Raideo in an uninhabited base shouldn't be a complicated process, in fact, it won't even need to destroy the place (in most cases).

Even so, when the base is inhabited or has turrets, the process can become more complicated, requiring a strategy. That said, the main thing to do this job effectively is to analyze the condition of the base.

Another very important aspect would be to analyze the weak points of the base, this is perhaps one of the best strategies. Each base is different and each user proposes their own strategies and uses different resources for protect your belongings.

What tools can be used to raid in Rust?

As we said before, it all depends on what you plan and the conditions of the base. Therefore, any element is valid for making a Raideo. For example, for simple basics, an ax or a pickaxe might be enough.

Even so, for larger bases with better protection, the use of explosives wouldn't hurt, as explosives are capable of demolishing walls, structures, houses and more in Rust. In these cases, the use of an explosive such as the C4 or a rocket launcher is also valid. In any case, if the place is inhabited, the use of this type of tool will warn that there are intruders.

If you are on a team, get organized

Undoubtedly, to create an effective and fast Raideo, organization is therefore essential sharing tasks is a good idea. An adequate action plan usually favors the development of the mission and for this it is essential to divide the tasks.

Therefore, there must be someone to cover the person who makes the foray into the base, in turn, escape plans must also be devised in case things go wrong, but above all you must be very well armed.

Undoubtedly, if you intend to make a Raideo, weapons are essential, even more so if you do not know if the inhabitants of that base are well armed. For this reason the use of large-caliber weapons such as rifles it is highly recommended, at least when it comes to advanced basics. For this reason, never raid without getting weapons in Rust.

Protect yourself from raids

In fact, as we have already pointed out, at any time you too can suffer from a Raideo. That said, it's best to prep your base in so that it is "immune" to an attack. Create turrets and organize your base so that it is difficult to penetrate.

What does ward or caretaker mean? How can I wage war in Dota 2 - When and where to make Wards? ❯

add a comment from What does it mean to raid and how to raid in Rust? Useful tips