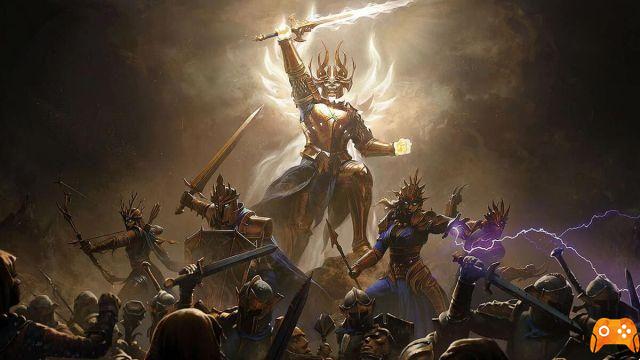 Immortals are one of two opposing factions in Diablo Immortal. Their only goal is to defend Sanctuary from the armies of hell and compete against the Shadow faction for supremacy.

The following guide will explain how to join Immortals, what perks and benefits you will get in return, and what tasks and challenges the faction will assign you.

How to unite the immortals in Diablo Immortal

There are multiple ways to join the Immortals faction in Diablo Immortal.

Complete the mission The Beginning of the Cycle

The Cycle Begins questline serves as a prerequisite for becoming an Immortal Member. You must first complete the entire Bilefen questline and acquire the Timeworn Scroll from the Ancient Arena. You must also be level 43 before deciding between factions.

Once you are ready to take part in the Cycle Begins mission, make your way to Westmarch. Follow the questline to learn about the Cycle of Strife, a system in Diablo Immortal that pits the Immortals against Shadows. Once it's all over, you can join the Immortals.

As Shadow, your goal will be to join or form a Dark Clan and then rank up to become one of the best Dark Clans on your server by defeating the Immortals in the Rite of Exile.

During the next cycle of conflict, all members of the best dark clans will become immortal. Please note that unlike Shadows which have no limits, there can only be 500 Immortals per server.

After winning the Rite of Exile, simply complete the mission A True Immortal. The mission consists of four steps that unlock every day. Once you complete this mission, you will be welcomed by the Immortals into their faction.

Get invited by the immortals

One of the most difficult ways to join the Immortals faction is through an invitation. However, you will first be tested to confirm if it is worth welcoming.

The number one priority for joining the Immortals is having high-level equipment and a constant investment of daily time.


The eternal crown: Protects the power of an Immortal and helps increase the rank of the Crown as you dominate battles.


Commendations: Immortals store a particular amount of valuables in the Vault which are then distributed to all group members based on their performance.

Immortal Cosmetics: As long as you are part of the Immortals, you will get cosmetics that you can wear.

Hilts Seller Rewards: As part of the Immortals, you will be rewarded with special items from the Hilts vendor.

As an immoral, you need to increase your rank, which can be done by completing daily tasks and challenges such as protecting the Vault from opposition attacks on a daily basis.

In addition, you will have to take part in different bounties, complete a dungeon, a Challenge Rift and inspect Immortal's Wall of Honor.

Apart from that, party members can also take part in Kion's Ordeal. Kion's Ordeal is a group raid in Diablo Immortals that you can only access if you collect a good amount of Essence and as this raid is high difficulty, only Immortal leaders, lieutenants and elites can access it.