Open Country developed by Fun Labs is a peculiar title that mixes survival elements with those of a hunting simulator in an original way. After developing Uturned e Stranded Deep the software house is back in charge with this particular project landing on PC, PlayStation 4 e Xbox One. After about ten hours spent on the console edition we are ready to draw our conclusions. 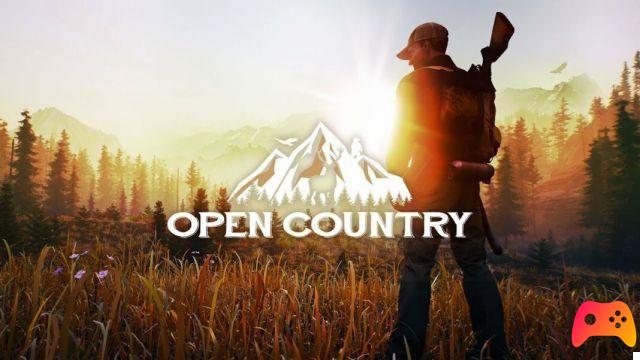 The Open Country storyline takes you to Snowridge Lodge town divided into three different biomes. Welcomed and helped by Gary, the game plot unfolds in several quests that lead the player to perform certain tasks for the citizens of Snowridge.

During the first few stages, the production of Fun Labs through some missions welcomes the player with an exhaustive tutorial that explains in more than detail how to survive by keeping the vital parameters under control, get food and move around the game map. Compared to other exponents of the survival Open Country genre, it does not want to be a punitive experience but to immerse the player in the work of Fun Labs, which requires time and dedication given the need to assimilate all the concepts to survive and live this particular gaming experience. 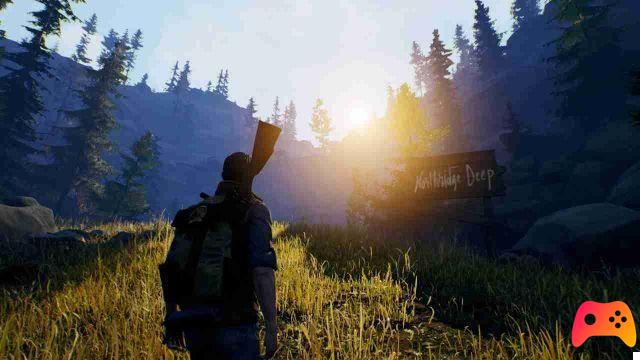 The survival component asks the player to keep the various vital parameters under control such as: hunger, thirst, sleep and to devote himself to the recovery of resources useful for the crafting component. As seen in Stranded Deep, there is no shortage of illnesses, injuries and body temperature that ask the player to pay attention to too hot and cold.

The survival mechanics are not particularly complex: the thirst indicator can be kept under control by purifying water from lakes or drinking water; the health indicator is regenerated with food while the temperature indicator is linked to the climate and to keep it under control just use clothing appropriate to the biome. The exploration of the game map can be done on foot or with the use of some vehicles. Open Country manages to convey the same sensations that can be experienced during an excursion in the heart of nature: the staid rhythms of the Fun Labs adventure immerse the player in uncontaminated nature and walking in absolute silence passing from mountainous to flat paths is pleasant. it's relaxing; unfortunately, however, the numerous and ruinous bugs ruin the gaming experience. 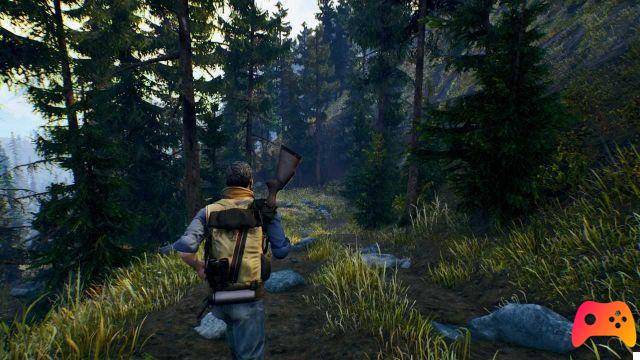 Exploring the game map using the vehicles present is really problematic: the driving system as arcade is very woody, the response of the commands is not always intuitive and there are not even the various bugs that lead the vehicle to get stuck in rocks or logs. The hunting mechanics, however far from those of a simulator, are managed in a superficial way and undermined by too many bugs: it is easy to meet prey embedded in textures, animals hit and mysteriously disappeared under the turf, flocks of birds that suddenly disappear in specifics circumstances, quests completed but to be repeated because they were not memorized by the game. Without forgetting that in the space of ten hours spent on the console edition we happened to restart the game more than once due to some inexplicable crashes.


During the hunting phases, the feedback of the shots is poorly managed as well as the attention to detail and following a prey while running or staying crouched changes little because the artificial intelligence of the prey is not particularly brilliant. Although the survival elements are not exaggeratedly punitive, the consumption of some resources - specifically we are talking about food - is exaggerated when compared with that of water consumption. Technically, the work of Fun Labs is very dated and in some respects the technical realization is truly disastrous when compared with other exponents of the genre released on PC and consoles. Pop-ups, frame drops and a rough technical sector are aspects that compromise the enjoyment of Open Country. The three biomes, despite being fairly differentiated from each other, do not show particular attention to detail, on the contrary they highlight graphic uncertainties of the past. Excellent sound sampling that expertly mixes ambient music tracks with short country tracks.

Open Country is an unfinished work, a game that highlights different technical and conceptual limits, mixes survival mechanics with those of a hunting and fishing simulator but in the end it is neither one nor the other. The calm and relaxing rhythms that are breathed in the first bars of the game, cease when all the technical problems and bugs of the Fun Labs work come to the surface. Sure the team by making some adjustments and improvements through the patches can fix everything, but right now, Open Country is a little refined and full of bugs.

Do you want to be an expert and know all the tricks, guides and secrets for your video games? Epictrick.com is a group of video game enthusiasts that want to share the best tricks, secrets, guides and tips. We offer the best content to be a source of useful information, so here you can find guides, tricks, secrets and tips so you can enjoy your games to the fullest. Are you ready to get all the achievements of that game that you resist so much? Enter and enjoy your favorite video game to the fullest!
Prinny Presents NIS Classics Vol.1 - Review ❯