In Google Play you can find a large number of Android games. An industry that is in a sweet time and that offers various titles for mobile devices of all kinds. If you are a lover of horror, you like the paranormal and fears, you are in luck, since we offer you 7 horror games to enjoy with your Android.

A list that includes known titles for their versions of consoles and computers, and others perhaps less known but which will also give you 'difficult'. Furthermore, most of these games are available for both Android devices and iOS terminals. These are the seven mobile horror games with which you will be very afraid. 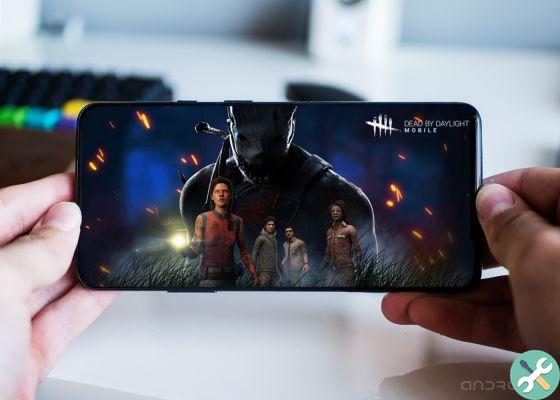 Dead by Daylight, one of the most important horror games on Android.

The best horror games for Android

Five Nights at Freddy's is a remastered version of the computer game. A horror title in which you put yourself in the shoes of a security guard facing a new job in a pizzeria, whose main attraction is Freddy and his two friends, animatronic robots in the shape of animals. However, at night these robots take on a life of their own and do their own thing. From the security cameras you need to find them before they reach you.

Mental Hospital V is a horror game available for android devices in which you will immerse yourself in a abandoned psychiatric hospital in the middle of the night. A first person title with a frighteningly terrifying atmosphere and whose story begins with a small investigation in the hospital, where terrifying creatures are hiding and where you will have to try to save a family member or survive alone.

Sinister edge is an award winning horror game that can also be enjoyed in virtual reality for a more engaging experience. The story tells how, in his desperate search for his family, Sinister Edge brings the protagonist to the brink of horror and despair. A game that combines horror with complex adventure game mechanics, puzzles to solve and more.

Dead in the light of day

Dead by Daylight is a popular horror title from Behavior Interactive, which has more than 12 million active players and is also available on consoles and PC. A multiplayer horror game where a user plays a murderer, while four others put themselves in the shoes of the survivors. The assassin's goal is none other than to destroy the survivors, characters who must repair the electricity generators to escape the clutches of the villain.

It remains only an interesting horror game where you live a terrifying adventure in a bunker. You put yourself in the shoes of the protagonist, who wakes up in a bunker without knowing how he got there, only with the clue that it was built by your father. A killer is on the loose and the goal is to find answers, in a game where fear is the key to everything.

HorrorHospital 2 is a game you will be very afraid of. A title that takes you in an abandoned and haunted hospital which contains paranormal activity and where to survive is a really complicated task if you don't have nerves of steel. A title with good graphics that will make you very scared.

Slendrina: The Cellar (Free) she is the widow of SlenderMan, a fictional character born as a creepypasta. A horror title in which you have to investigate to find a series of books, as you escape from Slendrina, which will search for you until it finishes you. If you have already played a Slenderman, you can't miss the opportunity to try this curious and terrifying version starring his lover.